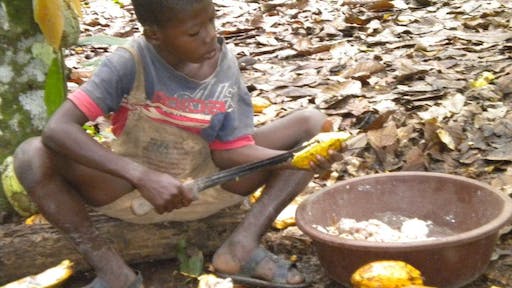 Two of the world’s largest coffee companies Nestle and Jacobs Douwe Egberts say beans bought from Brazilian plantations may have been grown using slave labor because they do not know the names of all the plantations that supply them.

The majority of supply chain auditors across Asia have encountered child labor in the last two years and in only a third of cases could they confirm the children were removed from the factories, a survey has found.

Of 557 auditors polled, 64 percent encountered child labor during their on-site inspections in the last two years, said the Center for Child Rights and Corporate Social Responsibility (CCR CSR), a China-based consultancy that conducted the survey.

The auditors were mostly in the manufacturing sector and most—385 of the respondents—were from China, while others were based in countries including India, Bangladesh, Vietnam, Indonesia, Thailand, Myanmar and Malaysia.

The consultancy said the findings, released last week, showed a "surprisingly high" number of child labor cases encountered by auditors and noted there was often no remediation in place to ensure the interests of the child were protected.