When individuals start to react, they generate a surge in demand for fuel and hurricane supplies. Aggregated together, these activities create a spike in demand that’s different than normal activity. 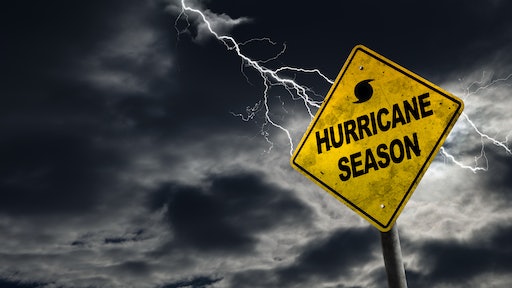 There are only a handful of things you can count on in life: death, taxes, and hurricanes. This is especially true for those of us living along the Gulf Coast. The National Oceanic and Atmospheric Administration (NOAA) recently put out a headline that reads: “NOAA predicts above-normal 2022 Atlantic Hurricane Season.” This is the seventh consecutive season that has higher-than-normal chances for more active hurricanes.

What does this headline portend for the upcoming hurricane season? Based on the research, there will be between six to 10 hurricanes and between three to six major ones. Having lived through Tropical Storm Allison and Hurricane Harvey, the intensity of the storm doesn’t always dictate the amount of destruction that it will wreak. Major hurricanes in the future are likely to cause more damage. However, tropical storms can also be just as, if not more, destructive.

Patterns of demand – Learning from the past

So, how does this relate to oil and gas? When a hurricane barrels its way toward the Gulf of Mexico the focus starts to become the “cone of uncertainty.” The “cone of uncertainty” is the forecasted path of the storm. As it nears shore and more data is known, the cone narrows and the path becomes more definite. Since hurricanes are slow-moving forces of nature, there tends to be some time that individuals and organizations can be prepared. For those that will evacuate, it’s critical to pack up and get moving ahead of the rush of traffic seeking to top off their tanks with gasoline and diesel. For those that choose to remain behind and ride it out, there are trips to fill gas and diesel for generators.

When individuals start to react, they generate a surge in demand for fuel and hurricane supplies. Aggregated together, these activities create a spike in demand that’s different than normal activity. Downstream trading companies rely on forecasted demand to determine how much fuel to either produce (in the case of a refiner) or how much fuel to move into a region (in the case of a wholesaler) to keep terminals supplied (and downstream gas stations). If companies can recognize this spike in demand early enough, they can be ready all along the value chain to ensure that consumers aren’t faced with an empty pump.

Despite the algorithms that abound and the tremendous amounts of planning, run-outs of refined products like gasoline and diesel do occasionally happen. Depending on the intensity of a particular hurricane or tropical storm, rigs in the Gulf of Mexico will be shut-in and crews evacuated. Ceasing production of oil in the Gulf of Mexico reduces the available supply of crude being pumped to refineries onshore. While not a short-term issue, given the aftermath and destruction, the effects could take their toll on reduced crude and, therefore, reduced refined products like gasoline and diesel.

If the storm is intense, then pipelines could also shut-in operations for safety reasons. A pipeline disruption causes inevitable supply chain issues at destinations. There is only a fixed quantity of fuel stored at major terminals off pipelines like the Colonial Pipeline, which runs from the Gulf Coast up the East Coast to New Jersey. When news travels and concentrated populations rush to fuel their tanks, cities that aren’t located along the Gulf Coast can be caught unaware. These spikes (though predictable with 20/20 hindsight) result in headlines in local newspapers. Atlanta is usually one of the first major cities to experience temporary shortages. This is then followed by North Carolina and other cities up the East Coast, pending the storm’s path and the commensurate path of the panicked demand.

With the inevitability of hurricane season, it’s a given that there’ll be some disruption in the energy supply chain. At some point, there’ll be an abnormal spike in demand. Therefore, companies can plan accordingly. The first step is to digitize your supply chain. Ensure that you have accurate tracking of inventory and logistical movements. Then, combine analytics on top of the data. Specifically, bring in weather data in such a way that you can utilize the forecasts to track the disruptions and anticipate them ahead of time.

In the graph above, the weather data has been combined with inventory for terminals. The track of the hurricane is plotted along with the impact on the terminals in that area. The powerful combination allows you to know where there will be low inventory levels due to the spike in demand. And, given advanced warning, most importantly, companies can act early to avert such issues with low inventories.

It’s important to set up alerts on your inventory so that you have early warning indicators before a run-out is likely to occur. For example, if you know that the storm activity is high along the Gulf Coast, then set warnings on an Executive Dashboard to alert you when levels drop below higher targets.

In the graphic above, the real-time inventory feeds are a clear indication of which terminals need attention. Organizations cannot focus 100% of their attention on all assets simultaneously. Therefore, it’s critical to let analytics provide the necessary triage for you and alert you to where attention is needed most. Hovering over states with low inventory levels reveals the locations and allows companies to hone in on specific places to remedy the situation.

Taking the next step, an organization can implement optimization models to utilize feedback from inventory, logistics, strategic targets, and weather to drive future behavior. For example, when a hurricane is sighted out in the Gulf of Mexico, implement the Hurricane contingency plan. Run optimization scenarios that push increased demand from coastal terminals and increase their targeted inventory levels. Doing so will set off a plan of orders to draw more inventory into the area and ensure that it gets pushed into the necessary locations ahead of time.

Optimization allows for algorithms to run and produce orders for different scenarios. With the proper integration in place, the optimization engine can feed and drive the creation of orders in the system. Doing so allows the business to focus on exceptions. There will always be exceptions to contend with during a volatile weather event. That’s why it’s important to have as many automation tools like predictive analytics as possible to stay ahead of known disruptions.

Getting started & being prepared

In a world where every corner brings disruptions to the supply chain, it can be daunting to know where to start for an organization to prepare for weather disruptions. Opportune has the deep energy industry expertise and unique technical and business skills to help layer in solutions so that an organization can increase its overall capabilities and not feel vulnerable to Mother Nature’s elements. Our subject matter experts will evaluate critical assets within your supply chain and implement analytics to provide the necessary visibility and insight into critical components: inventory and logistics being two of the most important.

Then, our experts can work with your organization to implement a fit-for-purpose optimization engine. It doesn’t need to feel daunting. Gone are the days of needing to hire a multitude of PhDs or quants for the sole purpose of implementing an optimization tool. We’ll either guide a packaged solution implementation or customize one that fits your specific needs—no matter how complex.

It’s never too late to start. With the hurricane season underway, it’s imperative to act now and evaluate the overall health of your organization’s energy supply chain.