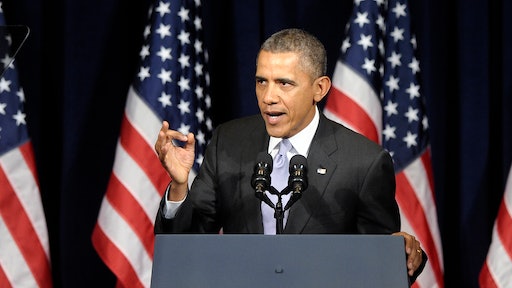 Feb. 26, 2016—Federal officials are preparing to enforce an 86-year-old ban on importing goods made by children or slaves under new provisions of a law signed by President Barack Obama. "This law slams shut an unconscionable and archaic loophole that forced America to accept products made by children or slave labor," said Sen. Ron Wyden, an Oregon Democrat who worked on the legislation.

The Tariff Act of 1930, which gave Customs and Border Protection the authority to seize shipments where forced labor was suspected and block further imports, was last used in 2000, and has been used only 39 times all together largely because of two words: consumptive demand—if there was not sufficient supply to meet domestic demand, imports were allowed regardless of how they were produced.

The Trade Facilitation and Trade Enforcement Act signed by Obama on Wednesday eliminated that language, allowing stiffer enforcement. U.S. Customs and Border Protection Commissioner Gil Kerlikowske and agency leaders are planning a briefing Friday to explain how they'll be implementing the new law.

"If the U.S. government works to really keep out goods made with forced labor, this change will have a profound ripple effect on supply chains worldwide," said David Abramowitz, who advocated for the change as vice president for Humanity United.

How North Koreans Are Working Themselves to Death in Europe

Associate editor Brielle Jaekel and ALOM's founder and CEO discuss how the supply chain can be sustainable and how the company plans to hit its carbon neutral goal.
ALOM Technologies Corp.
April 13, 2021
Latest