Mexico Takes First Step Before Talks with U.S. on NAFTA 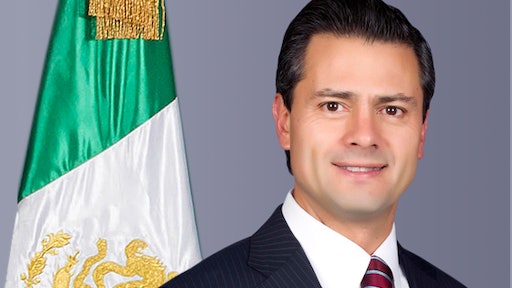 MEXICO CITY — The Mexican government reports it is beginning a 90-day consultation with the country’s Senate and private sector before talks with the United States to review the North American Free Trade Agreement.

President Trump has said he wants to renegotiate NAFTA to obtain a better deal for the United States, calling the accord the “single worst trade deal ever approved in this country.” He has threatened to pull the United States out of NAFTA, which includes Mexico and Canada, if he cannot negotiate more favorable terms.

Tensions have been escalating between the United States and Mexico since Trump’s election, and last week, President Enrique Peña Nieto of Mexico canceled a trip to Washington after Mr. Trump again insisted on Twitter that Mexico pay for a border wall. But Mexico has pressed to establish a dialogue with the new administration in Washington.

Under the United States’ Trade Promotion Authority laws, the White House must inform Congress at least 90 days before any new trade agreement is signed. While it was not immediately clear whether the Trump administration gave notice to Congress this week, the Mexican government plans to go through a similar process, according to a statement from Mexico’s foreign and economy ministries. Negotiations are expected to begin in May.