President Enrique Peña Nieto has said Mexico will not pay for a wall on the U.S. border. 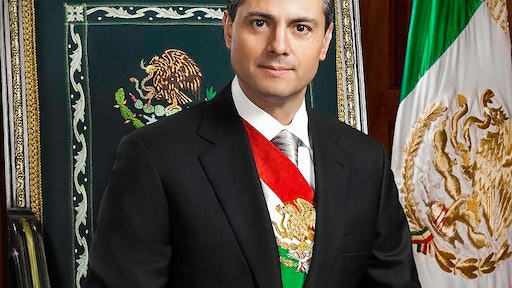 Mexican President Enrique Peña Nieto canceled a meeting with President Donald Trump that had been scheduled to take place on Jan. 31 in Washington.

Peña Nieto had faced intense pressure from legislators to take a firmer stand against Trump by passing on the meeting, after Trump signed an executive order Wednesday moving forward on the construction of a wall along the Mexican border―while continuing to insist that Mexico will somehow pay the multibillion-dollar cost.

In a series of tweets, Peña Nieto said he lamented the Trump administration’s decision to insist on Mexico paying for the proposed border wall, a condition the Mexican president has long said he would not accept.

“This morning, we have informed the White House that I will not attend the work meeting scheduled for next Tuesday with @POTUS,” Peña Nieto wrote.

“Mexico offers and demands respect, as the sovereign Nation that we are,” Peña Nieto wrote in another tweet.

Speaking to Republican lawmakers at a retreat Thursday, Trump implied that the decision to cancel the meeting was mutual, saying the two “agreed” to do so, instead of Peña Nieto making the decision.