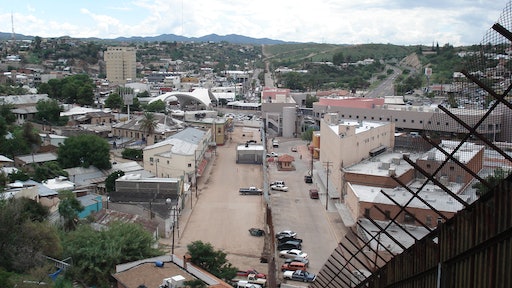 Each year, some 330,000 trucks and 75,000 train cars carrying $17 billion worth of goods move through Nogales, Arizona, according to U.S. Customs and Border Protection. Economists estimate trade supports nearly one in three jobs here, ranging from workers who inspect the goods to forklift operators who unload them in distribution centers.

In many ways, Nogales represents the flip side of free trade deals that have battered industrial cities in the Midwest, where jobs have been outsourced and manufacturing plants shut down. The cities where Donald Trump's promise to throttle what he calls unfair competition resonated most profoundly during the presidential campaign.

As Trump considers a 20 percent tax on imports from Mexico and is promising to renegotiate the North American Free Trade Agreement, more than a dozen city officials, employers and workers report if a border tax is enacted, it could choke the flow of imports from Mexico. They described a chain of events that would harm the economy, threaten local jobs and lead to higher prices for U.S. consumers.

Read more about the unintended consequences that may occur if imports are taxed in a Reuters article found HERE.