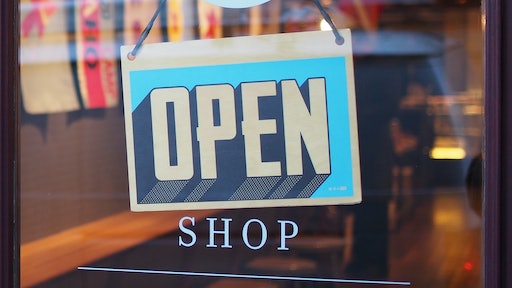 Retail inventory valuations bounced back quickly in May and June as large numbers of Americans responded to retail re-openings by hunting for bargains at liquidation sales, said executives from Tiger Capital Group in a webinar with analysts from Goldman Sachs.

"Nobody anticipated just how strong some of these closeout sales would be when stores and shopping centers opened up again," said Dan Kane, Co-Founder and Managing Member of Tiger Group, on the webinar. "Maybe it was as simple as pent-up demand—people wanting to get out of their homes—but at Tiger we have been pleasantly surprised at how well these closing sales have performed so far."

Focused on U.S. retail liquidations and closeouts, the June 24 call was an hour-long deep dive with Kane as well as Michael McGrail, Tiger's Chief Operating Officer. Goldman Sachs analysts Chandni Luthra, Kate McShane and Alexandra E. Walvis quizzed the veteran asset appraisal and disposition executives on the overall state of the U.S. retail landscape; the performance and prospects of different retail categories; dynamics in the closeout space; and plausible scenarios for retail's future.

In the early weeks of the pandemic, McGrail noted, retail inventory valuations were highly uncertain—so much so that Tiger advised clients to hold off on appraisals until more transaction data was available. Store-closure sales, some of which had been interrupted by the lockdowns, provided precisely such data once malls and shopping centers began to reopen. "All indications are that appraisals are now pretty close to pre-Covid 19 numbers depending on the category and the region you're in," McGrail said.

But the COO qualified that view with a significant caveat: "You can argue about whether that pent-up demand is sustainable," he said. "If there were another shutdown—some sort of drastic setback—that could certainly affect values."

Parts of the United States are now recording record numbers of Covid-19 cases, with governors in some states once again restricting bars and dine-in restaurants. Nonetheless, results from those initial store-closure sales appear to be good news for both retailers and asset-based lenders. "Let's say you have a two- or three-month interruption," McGrail said. "When things open back up, all signs indicate that we can liquidate that inventory and it will maintain its appraised value, again depending on the category and other factors."

All of that said, both Kane and McGrail underscored that the U.S. retail landscape is contracting rapidly, with thousands of stores already set to close and new consumer habits likely to further reduce demand for brick-and-mortar space. "Because of Covid-19, people didn't have a choice but to learn how to order more and more merchandise online," Kane said. "Those behaviors are going to be sticky."

Indeed, McGrail has long predicted that retail square footage in the United States would shrink by as much as 40 percent by 2025. Covid-19, he said, has accelerated the shift. "The United States is over-retailed to begin with," he told the analysts. "Moreover, retail is built on a financing structure that leads directly to too many stores, malls and, ultimately, auctions. The retailer buys its inventory, uses it for collateral, gets an asset-based loan and ramps up its square footage to build that pyramid."

While it might sound counterintuitive, Kane added, cheap money has also worked against the health of U.S. retail in general. When retailers have easy access to loans (or are acquired and kept open by mall landlords seeking to stave off vacancy), they may need to slash prices to raise cash. "That starts hurting healthier retailers at that mall," Kane explained. "Now they have to lower their prices in turn."

That's precisely why, in response to a question from a Goldman Sachs analyst, McGrail cautioned against full-price retailers jumping into the closeout business as a response to a sudden glut of inventory. "That transition could be disastrous, because the customer could then be conditioned to pay less for that merchandise, and margins could erode," he said. "When the retailer tries to go back to full price after Covid is over, the customer balks and says, 'I'm already accustomed to you being a discounter.'"