Since first announcing that it was looking for a new city to host its second headquarters over a year ago, Amazon has made its decision of where it will be. 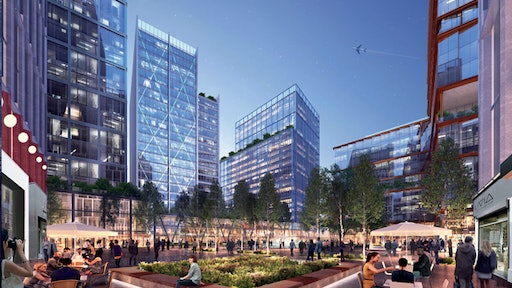 Since calling for proposals for its second headquarters more than a year ago, Amazon has confirmed that it has chosen to split the headquarters, known as HQ2, in two locations: New York City and Arlington, Virginia.

CNN reports that both locations will receive a $2.5 billion investment from Amazon and will have more than 25,000 workers over time. Hiring is expected to start next year as HQ2 promises to bring the cities high-paying jobs and tax revenue.

However, critics of Amazon are concerned whether the headquarters will add congestion to the cities infrastructure and increase property values. Amazon took to a blog post explaining it will receive incentives of $1.5 billion based on job creation in Long Island and incentives of $573 million for Arlington. The company expects that employees will hold an average annual salary of $150,000.

Along with HQ2, Amazon will also open a new hub in Nashville to oversee customer fulfillment, transportation and supply chain activities, CNN reports.

When Amazon first called for proposals for the new headquarters location it requested that it was in proximity to a major airport, ability to attract technical talent and a suburban or urban area with over 1 million people. Initially, HQ2 was said to create 50,000 high-paying jobs and would be a full equal to its Seattle headquarters. Splitting the headquarters to two locations has eased some critics mind on how the company could avoid higher housing prices and more traffic.

Employees who work in Seattle will be given the opportunity to relocate, but the company will also hire teams and executives for the new locations as well.