As automation continues to creep in to the warehouse sector, the Midwest is experience a shortage of skilled workers to handle the new equipment. 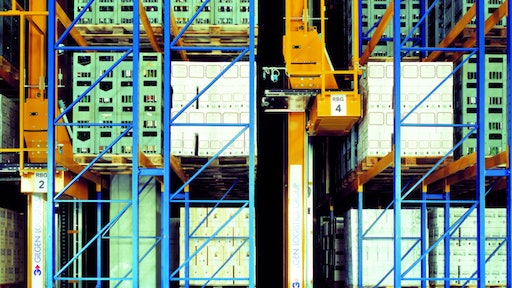 The country is experiencing a major warehouse boom, particularly the Midwest. States are opening high-tech distribution centers to lure companies in like Amazon, but as the influx of jobs is a boon to many Midwestern cities, employers are facing a skilled-worker shortage, NPR reports.

The e-commerce boom is raising customer expectations. Consumers are expecting their package to arrive as soon as possible with the hopes of free shipping. Warehouses are under pressure to get products to consumers quickly. Companies are moving their distribution centers to the Midwest to be closer to customers, NPR reports. In some areas in southwestern Ohio are able to reach a majority of the country in just a ten-hour drive. According to NPR, when shipments come from manufacturing sites around the country, automation allows workers to get the product to the shopper on the shelf in less that 48 hours a majority of time.

Currently, dozens of new hires are in training and learning how to operate computerized lift trucks. NPR reports that the P&G workers starting wages are around $15 an hour, more than $5 than the area's lowest-skilled warehouse jobs. People who are able to do the jobs that robots can't are in the highest demand.

According to NPR, automation is changing the way of job duties. It's no longer going to be manual labor, but instead being involved with technology where people need different skills such as advanced mechanics, computer programming and data analytics.

As automation gets further into the sector, the country's supply chain is facing a significant workforce gap. In Ohio, Governor John Kasich has pushed to better align workforce training programs in high-tech jobs to the skills employers say workers now need.

Optimizing Your Facility for E-Commerce

This new facilities features Kenco’s own LoadProof application, which works to eliminate chargebacks via image capturing in the warehouse.
Kenco Logistics
May 7, 2021