Target is testing a new distribution strategy that is aimed to speed up the restocking process and make the retailer more nimble at stores and online. 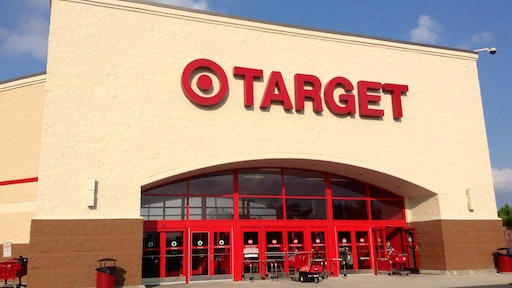 According to the Wall Street Journal, Target is testing a new distribution strategy that is aimed to speed up the restocking process and make the retailer more nimble at stores and online.

The goal of the new strategy is to fix the retailer's replenishment cycle from days to hours and reduce inventory at stores. Currently, the pilot mode is at a warehouse in Perth Amboy, N.J. and it uses the same pool of inventory to replenish stores and fulfill online orders, a departure from Target's existing supply chain, the Wall Street Journal reports.

At the "flow center," Target will send shipments to the store more frequently in smaller amounts that are tailored more precisely to what the store needs rather than shipping big cases of products. Chief operating officer John Mulligan said that by having less inventory in stores that the stores are able to dedicate more time to digital fulfillment.

At an industry conference in New York, Target's senior vice president of global supply chain and logistics field operations, Preston Mosier, revealed that the company is also creating a new warehouse management system intended to better integrate its distribution and fulfillment operations. Currently, distribution and fulfillment use separate systems even though most stores have them share the same building.

Target has been attempting to expand its store use to keep up with the currently e-commerce boom. The Wall Street Journal reports that nearly 70 percent of its online volume was handled by stores during the 2017 holiday season. To further its online presence, Target bought the Shipt to build its same-day delivery capability.

Mosier said that stores that are supported by the New Jersey flow center have reduced back-room inventories and have seen out-of-stocks go down and an increase in sales.