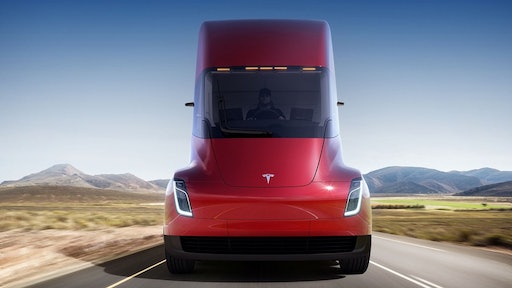 The diesel trucks it will compete against when it hits the highway no earlier than 2019 go for approximately $100,000 to $125,000 each, but Tesla claims its Semi will cost 20 percent less to own and operate. This is thanks in part to the low-cost charges it will provide at a network of “megachargers” and expected lower maintenance costs for its electric powertrain.

A $20,000 deposit is required to purchase one, which is up from the $5,000 announced when the sleek semi was revealed on Nov. 16. However, if you want to be one of the first 1,000 in line, you’ll have to pony up $200,000 for a Founder’s Series model that requires payment in full for a reservation. Walmart, J.B. Hunt and a handful of other companies have already announced plans to purchase a few of the trucks for evaluation, but Tesla hasn’t yet announced how many orders it has in hand.