The collapse of Hanjin Shipping has caused havoc in global trade networks and a surge in freight rates. 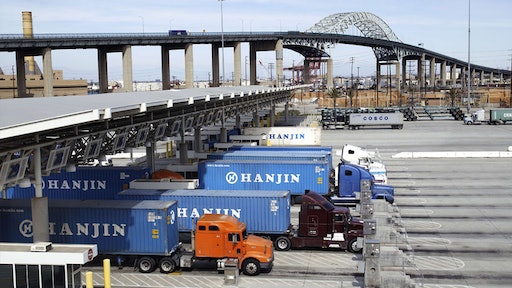 Hanjin Shipping Company's parent firm plans to raise 100 billion won ($90 million) to fund the unloading of billions of dollars worth of cargo aboard vessels stranded around the world in the wake of its court receivership filing last week.

Those funds may be matched by a separate 100 billion won in loans that South Korean government officials have said government-backed creditors are ready to provide if Hanjin Group, the parent firm, provides collateral. Hanjin Group is considering the offer.

The collapse of the world's seventh-largest container carrier has caused havoc in global trade networks and a surge in freight rates, as more than half of Hanjin's ships have been blocked from docking with ports and lashing firms fearing they won't be paid. Some vessels have also been seized.

Whether those funds would be sufficient to resolve cargo unloading problems was not clear. A spokeswoman for Hanjin Shipping was not immediately available for comment on the issue.

Bordering on Chaos: $14 Billion in Cargo Stranded at Sea