Only 35 percent of consumers plan to use mobile payment apps; gas prices will have minor impact on holiday shopping

Chicago—Nov. 19, 2015—The A.T. Kearney 2015 Holiday Shopping Survey of 1,919 U.S. consumers showed that, despite holiday promotions starting earlier in the season, only 21 percent of the survey respondents plan to begin their holiday shopping before Thanksgiving.

The survey also showed that two-thirds of shoppers plan to use more than one channel during the holiday season with online shopping edging closer to in-store as the primary channel. Overall, omnichannel shoppers are more likely to spend more this holiday season compared to shoppers that focus on one channel.

Another insight from the survey is that consumers are open to mobile shopping apps and personalized promotions while in stores. Half of the respondents are very likely or somewhat likely to use personalized mobile offers from their favorite retailers.

Dan Farmer, A.T. Kearney principal and co-author of the study, stated, “Teen-friendly stores should leverage mobile offers early in the season as teens shop in store more than all other age groups, are more likely to shop earlier in response to earlier promotions and are more likely to take advantage of offers on retailers’ mobile applications.”

Although retailers have a wide range of tactics available to them to convert traffic into sales, Retail 101 still applies—competitive prices and superior shopping experiences are must-haves to win in the market. Thirty-six percent of survey respondents selected low prices, discounts and sales promotions as the top three factors that matter most, and 28 percent selected store, online and mobile experience.

Winning over sale seekers will yield results for retailers. The survey results showed that 15 percent of shoppers are sale seekers (planning to do most of their holiday shopping on Black Friday or Cyber Monday) and more than a third of these shoppers plan to spend more in 2015 than they did last year.

The A.T. Kearney 2015 Holiday Shopping Survey was developed to understand consumer preferences, spending and shopping behaviors for the 2015 holiday shopping season. The online survey was conducted in the United States from October 8 to 9, 2015 and had a total of 1,919 respondents. 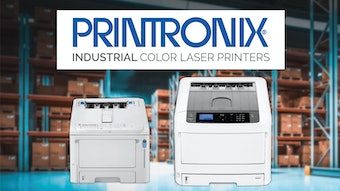