Stamford, CT—Oct. 25, 2011—New global e-commerce research from Pitney Bowes Inc. reveals that one-size does not fit all when it comes to consumers’ online shopping preferences around the world. While international shoppers share some characteristics, the survey reveals key differences among consumers in many countries. U.S. retailers looking to expand their businesses online to international markets should consider the unique consumer shopping behaviors and preferences in each country.

Online shopping is a truly global habit, according to the research. Overall, 93 percent of consumers polled have purchased products online, with 49 percent doing so during the last 30 days. Consumers in Germany, South Korea and the U.K. were the highest for making online product purchases (98 percent) followed closely by Japan (96 percent). In Canada, where online shopping is least prevalent, more than four out of five (82 percent) reported having bought goods online.

The survey also found that international shoppers want four basic things when purchasing products online: competitive prices (71 percent); a broad selection of products (42 percent); easy, intuitive checkout (35 percent); and low costs for shipping, duties and taxes (35 percent). Price of products was the most important consideration for purchasing products online in all 10 countries. However, other consumer preferences varied by country. For example:

“Given today’s economic situation, international e-commerce is becoming even more enticing as U.S. products are becoming more attractive and affordable for international buyers,” said Jay Oxton, president of mail services, Pitney Bowes. “However, to be successful, retailers need to ensure they can offer a simple and seamless online shopping experience, and have a clear understanding of consumers’ purchasing, shipping and communications preferences in each market.”

The study also showed significant differences in why the consumers surveyed abandon online shopping carts. High shipping costs (67 percent), additional fees at time of delivery such as duties and taxes (47 percent), and the delivery time (39 percent) were the top disincentives to complete purchases online. Consumers in the U.S. (83 percent), U.K. (79 percent) and Japan (78 percent) are three times more sensitive to shipping prices than consumers in South Korea (25 percent).

Consumers in China indicated they are more likely to purchase apparel (58 percent) and footware (53 percent) online versus in a store. As a matter of fact, for almost every category included in the survey, respondents in China are more likely to purchase products online with the exception of computer hardware and software (39 percent), and jewelry/watches and accessories (16 percent).

When asked about preferences for receiving information on new products, promotions or other offers from retailers/merchandisers, 59 percent of global consumers indicated they prefer e-mail communications. Twenty-five percent of respondents said they prefer to receive this information in catalogs and direct mail, indicating that mail is another strong channel for online retailers. Four percent of respondents prefer to receive information via text messaging, and social media channels (Facebook and Twitter). 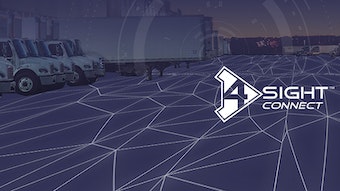 Long lines and extended dwell times lead not only to chaos but added cost. Fortunatel Industrial IoT and network technology is finally reaching a level of maturity to can bring data-driven visibility to increasingly complex yard and dock operations.
August 28, 2020
Latest

Your dock equipment may be largely analog, but that equipment is brimming with data that can result in drastic operational improvements – if you know how to listen. Let 4SIGHT Connect Digital Dock cloud-based software be your translator.
August 28, 2020

Brenton to Demonstrate its Product Line at PACK EXPO Connects

Brenton will be showcasing its expertise in end-of-line packaging and robotic integration in case packaging, palletizing and material handling with 12 virtual demonstrations during PACK EXPO Connects 2020, Nov. 9-13.
Brenton
September 14, 2020

The multi-purpose facility is being built on a 101-acre site inside the city limits of Fairfax, southwest of Cedar Rapids, and is scheduled to open in September 2021.
Travero
September 10, 2020

The company has been well established for many years in both countries through network partnerships and decided to open its own offices in each location to offer customers a full spectrum of multi-modal services.
CEVA Logistics
September 10, 2020

AutoGuide Reinvents Storage and Retrieval with a Flexible, Fast-Moving Alternative to Traditional ASRS

The state-of-the-art center largely expands Pyle’s Northeast presence and provides customers with a higher level of service, including the ability to regionalize their supply chain networks.
A. Duie Pyle
September 9, 2020
Follow Us