Transportation technologies have arrived but we are waiting for the regulations to catch up. 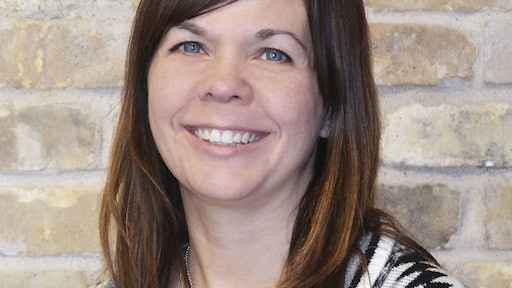 My kids used to joke that I loved my Jeep Cherokee so much that just like Laura Lai in Gilmore Girls, who fixed, fixed and fixed her beloved Jeep Wrangler, I would drop a new engine into my rickety old jalopy--with 280,000 miles on it--rather than buy a new vehicle.

But though Delilah, as I called my Jeep, had stolen my heart, practicality eventually won over and I committed to buying a new Toyota Highlander this spring. My favorite roadrunner was then retired and is now pushing up daisies at the junkyard.

Logistics transportation is in a similar sea of change, and the time will come when the industry will need to embrace new technologies and retire their transportation “jalopies” to the junkyard.

In fact, Transportation Secretary Anthony Foxx says we are in “one of the most dramatic periods of change in the history of transportation. Self-driving vehicles, delivery drones, maritime innovations and more are set to change the face of transportation and delivery across the globe.

The arguments in favor of these technologies are very persuasive. Driver shortages would be reduced and other efficiencies gained if drones took to the skies, driverless vehicles hit the highways, and super ships took to the water.

While the era of mega ships has already pushed off, before drones or driverless vehicles become mainstream, legislative rules need to be in place. The technologies have arrived, but we are waiting for the regulations to catch up.

Driverless vehicles, remain stopped—at least right now. As observer.com reports, it’s might be time to hit the brakes on driverless vehicles for a reality check. The article questions whether companies will be willing to open themselves up to the liability of driverless vehicles taking to the road. As the article states, “The liability and regulatory issues involved in letting a 3,000-pound death machine steer itself with no human at the controls remain huge.”

We’ve made some headway with drones, however. The U.S. Federal Aviation Administration (FAA) just clarified what is acceptable commercial usage of unmanned aerial vehicles, or drones. The regulations specify that commercial drones must weigh less than 55 pounds, fly no more than 400 feet in the air, at speeds 100 miles per hour or less. In addition, they can only be operated during the day, and up to 30 minutes before sunrise and after sunset.

The regulations open the door for greater drone use, but the FAA’s ruling contains several clauses that essentially kill any chance for drone-based delivery—at least for now. For starters, the FAA requires drones to remain in the sight of their operators at all times. The restrictions on time, also will lessen their popularity—drones cannot fly after dark. Even the size of the drones limits their use in transportation; there’s only so much a 55-pound drone can carry and deliver.

The day will soon arrive where drones deliver by sky and driverless vehicles by highway. But if you want those things right now, head to New Zealand where you can get your pie and eat it too. Domino’s delivered its first pizza by drone in late August.

I just pray those driverless vehicles are ready soon. I’d like to automate delivering my kids to their many activities. Now that would be a true innovation!

LLamasoft Partners with Zipline to Deliver Global Medicine via Drone