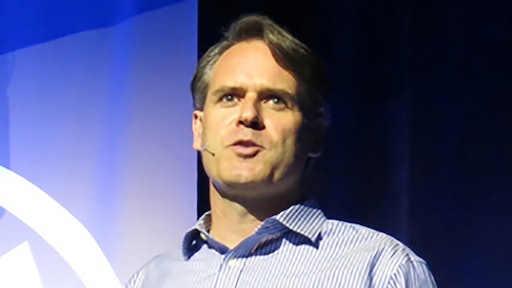 The practice of fingerprinting has come a long way since it was developed at the turn of the century. For one thing, digital technology means fingerprinting no longer requires staining your fingers in ink. It has also opened up a wide range of other additional cases that center around the use of digital fingerprints to authenticate identity. One of the most exciting applications is in the payments sector in which fingerprints (hashing of card data) are being used to prevent against fraud and deliver seamless, sophisticated user experiences without compromising security.

Total global payment-card fraud losses were $11.3 billion in 2012, up nearly 15 percent from the prior year. America leads the world in payment card fraud and accounts for 47 percent of global payment card fraud losses, according to the Nilson Report. But identity theft and fraud are major concerns around the world. The EuroPay, MasterCard, Visa (EMV) chip-and-pin system (which the U.S. has been slow in adopting) represents a step up from the magnetic stripe-and-signature approach, but is far from foolproof.

Fingerprinting as a unique identifier represents the next stage in the evolution of credit card security, and a powerful way to protect merchants and consumers alike. Fingerprinting assigns a randomly generated identifier to each unique credit card number and exposes this value back in the application program interface (API). Any time a card is added, you can use this value to determine if you’ve ever seen the card before. This allows you to build key features without increasing the Payment Card Industry (PCI) scope of your application or service. Additionally, card fingerprints are constructed independently from the gateways you transact against, meaning the fingerprint for a card you use against Stripe will be identical to the same card used against Paypal.

Let’s take a look at the four main use cases of credit card fingerprinting.

Traditionally, signing into digital accounts requires users to input an email and a password. However, the more friction there is in the payments process, the less likely a user is to convert, especially on mobile. This presents a challenge for merchants, who have to balance the need for frictionless payments with the need for security. Generally speaking, the fewer obstacles there are to making a transaction, the less secure that transaction is.

Fingerprinting is a powerful way to strike this balance. Instead of making users arduously enter emails and passwords to authenticate their identity, they can simply use their fingerprint to access that account, thereby reducing the amount of signup, implementation and logging in. Fingerprints are a convenient yet secure form of account ID.

Getting users to give a merchant their credit card information is a challenge, especially on mobile. Asking for credit card information up front acts as a deterrent for new users, which is why so many services offer free trials and/or account credits. However, this opens the door to abuse. Someone could sign up to the same service using multiple accounts by attaching a different credit card to each account, or providing different names and attaching the same card.

Fingerprinting can close these loopholes. It connects new users with their fingerprint, so they are unable to game the system with multiple accounts. Once a fingerprint is in the system, a user can’t get access to more trial offers. This same strategy can work for any account-based scenario in which, for a signup, the user gets something.

Most commerce today is omnichannel as consumers fluidly transition between mobile, desktop and real life. However, merchants have struggled to take full advantage of omnichannel opportunities because tracking users across multiple transaction points remains a steep challenge.

For instance, let’s say someone buys tickets to a sporting event on his phone and then attends the event. How much that person spent, and on what, is valuable information to an event owner who wants to know whom to target with special offers in the future. A fan who shells out $200 on food, drink and merchandise is more interesting than an attendee who doesn’t spend a penny, but the event owner has no easy way to identify the link between transactions and individual users.

Fingerprinting represents a great solution for tracking user behavior. It ties what a person spends on the desktop and mobile with what they spend in real life, thereby providing a goldmine of information to merchants.

Buckets of venture capital funding have poured into digital loyalty programs over the past few years, but most of these programs have struggled to fulfill their promise. Why? Because as discussed above, tracking user behavior across devices and payment forms is difficult, but essential for a successful loyalty program. If a consumer shops from a vendor in store, on their phone and online, they should accrue points every step of the way and easily be able to access their rewards.

Fingerprinting can securely connect a card to enrollment in a loyalty program by serving as a proxy for card data. For example, a consumer signs up for a gas-related rewards program in which every time he buys gas from the store, he earns 5 percent cash back. At first, the card is enrolled and a fingerprint created for that card. Now, whenever that individual goes into the store and makes a purchase with the card enrolled in the program, the merchant can check the card against the third-party loyalty provider, see that the fingerprint matches a card in the system and know it needs to deposit $4 into the account as the cashback reward. With fingerprinting, that transaction can happen without card data getting shared back and forth between merchants, which is risky.

When Apple introduced fingerprint scans as a way to lock/unlock its phones, it opened the door to a whole new world of possibilities for identity authentication, and thus, payments. As merchants, banks and consumers in the U.S. continue to transition to chip-and-pin cards, it is also time to look forward to the future and all the benefits fingerprinting can provide.