Four in 10 respondents (41%) said their biggest problem this holiday was that 'shipping took longer than expected’, followed by ‘items I wanted weren’t available’ (34%). 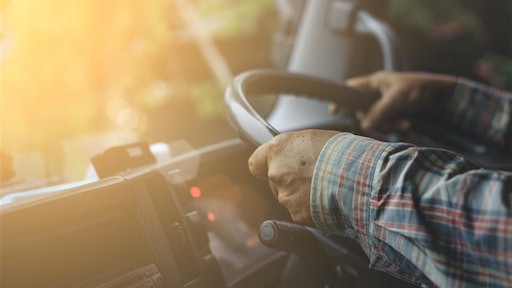 While the global pandemic turned traditional gift-buying on its head and delivery problems were widespread, holiday shopping was a positive experience for the vast majority of consumers, according to a survey released today from Convey.

The upbeat assessment came despite significant inventory and delivery problems. Four in 10 respondents (41%) said their biggest problem this holiday was that 'shipping took longer than expected’, followed by ‘items I wanted weren’t available’ (34%).

Heading into the holiday season, many physical store locations were temporarily closed or operated at limited capacity due to COVID-19 safety precautions, and nearly 1 in 4 respondents (23%) said not being able to shop in-store was a problem. Among those who tried visiting stores, 1 in 4 (24%) said the experience was uncomfortable or didn’t meet expectations, while another 15% said they had to wait in long lines before entering.

Not surprisingly, these conditions drove shoppers online: fully 1 in 3 consumers (33%) said they shopped exclusively on the web for holiday gifts, and another 58% used both the web and physical stores. This surge came on top of already higher-than-usual online order volumes, setting the stage for out-of-stock merchandise and delivery delays.

Brands' reputations were on the line, given that 47% of survey respondents said they are unlikely to shop with a retailer again after a bad shipping experience. And shoppers did indeed experience mishaps:

·  More than half of Americans (57%) said at least one package arrived later than promised, and that same number (56%) said it took longer than they expected to receive items

·   53% used ‘buy online, pick up in store’ (BOPIS) or ‘curbside pickup’ for a purchase --  but 15% said it was a problem that the items they wanted weren’t available for BOPIS

Although shoppers cut retailers slack for the holidays given the unprecedented circumstances, transparency and accuracy will continue to be important. Fully 87% of survey respondents said delivery is an important part of the overall shopping experience, and with 2021 promising to bring continued instability, retailers must commit to ever better service. Consumers' said their recent holiday experiences will influence how they shop in the future:

·  Next year, 44% will start their holiday shopping even earlier than this year.

·   Despite their positive outlook about the holidays overall, nearly 1 in 4 (23%) said they will be more selective next year about which retailers they choose for online shopping.

“Every holiday season, shipping dominates the headlines and this year was no different,” said Carson Krieg, Co-founder and Director of Strategic Partnerships at Convey. “December brought enormous surges in shipping volume and delivery delays, and more than half of American shoppers said they received at least one package later than promised. However, retailers who were transparent and communicated regularly about delays ended up with happier and more satisfied customers. Even though this holiday was turned upside down by the pandemic, retailers did a fantastic job and the end result was that shoppers were very positive about their holiday shopping experiences.”