The change is integral to the viability of low-speed shuttles. 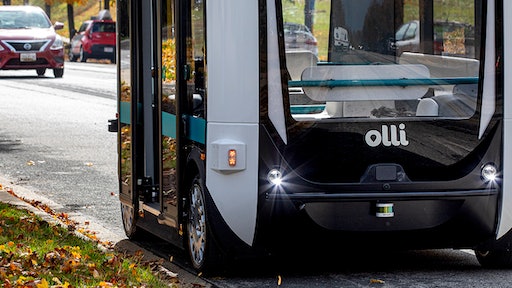 Robotic Research LLC, a leading provider of autonomy and robotic technologies, announced it will begin testing fully autonomous low-speed shuttles that are totally unmanned in the second quarter of this year. Current commercial applications of low-speed shuttles use onboard safety attendants to monitor the safety inside and outside the vehicle. Robotic Research plans to start testing without onboard attendants. The first step is to have the attendants in fixed on-site locations, with the future goal to move attendants to an offsite safety monitoring facility.

“Through our work with the U.S. government over the past four years, we have already demonstrated that fully autonomous trucks are a reality. We are committed to making our shuttle and bus manufacturing partners successful by accelerating state-of-the-art technologies for unmanned vehicles ahead of regulatory agencies’ progress,” says Alberto Lacaze, president of Robotic Research. “The level of safety certification and redundancy necessary to drive fully autonomous vehicles is a significant undertaking that needs to be designed from the top down. Just adding more ADAS is not a reasonable or cost-effective pathway to full autonomy. The advancements driven by the Robotic Research team will provide a product that significantly reduces the cost of operation and therefore improves market size.”

Current local, state and federal regulations for most commercial shuttle operations require the safety attendant to be inside the cab of the vehicle. However, many transit operators are seeking to change these regulations to allow remote attendants to oversee system safety operations. The change is integral to the viability of low-speed shuttles, which are an innovative solution to the first/last mile problem, which is the distance between a traveler’s origin or destination, and a transit station or stop.

Robotic Research has been developing and testing unmanned, autonomous operations for a wide range of vehicles for nearly a decade. The company currently provides autonomy kits that fully automate logistics convoy trucks for the U.S. government and several of its allied nation partners. Nearly 100 trucks have already been delivered. The tests for these vehicles have included operations with no safety attendants on board, with a single operator monitoring three unmanned vehicles.

Robotic Research’s AutoDrive autonomy kit is platform agnostic and can be retrofitted to vehicles of all sizes, from small, portable robots to large trucks and buses. The system provides autonomous functionality on surfaces ranging from urban-improved roads to off-road terrain, all while the vehicle is collecting and analyzing data to better enhance the future of autonomous vehicles and transportation.