Novel last mile delivery solutions will be developed, and there will be significant changes in the scenario in coming years. 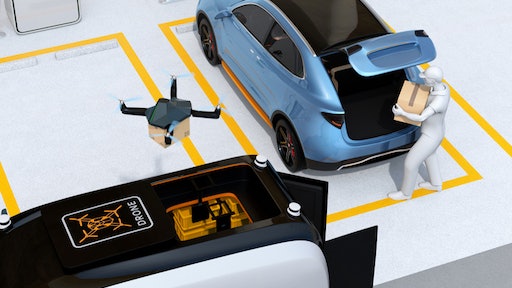 Last mile delivery is one of the major areas that need attention from market players operating in the e-commerce, logistics, and supply chain sectors. Innovative solutions have been developed that address the current issues and enhance customer experience. Startups have been making strides in the space and raising funds to expand into different markets. With technological advancements, they aim to develop apps for last mile deliveries that can improve the overall experience for buyers. Investors have identified the opportunities in the space and pouring in money on startups to let them deploy their solutions and explore untapped opportunities. In addition, the governments have realized the potential of autonomous technologies and granting permissions to test the solutions developed by companies. Novel last mile delivery solutions will be developed, and there will be significant changes in the scenario in coming years.

Raising funding for development of new solutions for delivering goods is one of the major trends across the globe. Recently, Bosta, a Cairo-based last mile delivery startup raised an undisclosed seven-figure amount (USD) in a Series A round. The European parcel delivery player DPDgroup funded the round for Bosta. Fawry, a payment company from Egypt also participated in the round. Bosta, a startup founded in 2017 offers last mile delivery solutions in Egypt and claims that it has nearly 97 percent of success rate in delivery. Mohammed Ezzat, the Co-founder and CEO of Bosta outlined that the company plans to utilize the investment for expanding its business and grow in the Egyptian e-commerce industry. Moreover, the startup intends to expand into some regional markets and DPDgroup would help in realizing its vision. DPDgroup, the European delivery group, has been investing into different companies and Bosta is the first company from Egypt in which it has invested. The investor plans to help Bosta explore domestic as well as international markets. The European delivery group had also invested $85 million in Ninja Van, the startup of last-mile logistics from Southeast Asia.

Another startup operating in the last mile delivery space announced the raising of nearly $15 million in funding for the launch of three last-mile consumer-focused mobile apps. According to a company statement, Lightspeed Venture Partners led the funding round along with TLV Partners and MizMaa Ventures. Offering the post-purchase deliveries of more than 30 retailers across Manhattan, Brooklyn, Queens, and New Jersey, the startup plans to open up new distribution centers across New York and other cities. According to Bond, the operational system emerged from an Israeli startup Shookit. The company employed the technology of Shookit and the company grew significantly in 15 months.

Asaf Hachmon, the co-founder and CEO of the firm, highlighted that online brands needs to focus so much on customer experience on the website, however, handing over the delivery experience to courier services and third parties may not be favorable. There may not be same level of attention and care provided by these third-party service providers. Tal Morgenstern, one of the partners at Lightspeed, stated that last mile delivery is one of the crucial issues faced by direct-to-consumer brands. The e-commerce players have been looking forward to employ in-house technologies and systems to carry out deliveries. The launch of new apps would help Bond enhancing customer experience.

Another big step has been taken in the autonomous last mile delivery sector with a permission given to test a delivery vehicle in Texas. The National Highway Traffic Safety Administration (NHTSA) provided an exemption to autonomous delivery firm Nuro for starting public testing of its low-speed, unmanned electric delivery vehicle, R2. Nuro became the first company to gain an exemption. To gain this exemption, the company submitted safety report to the U.S. Department of Transportation (USDOT) for gaining approval for R1 testing. In the street testing round, R2 will take roads of Texas with nearly 5,000 vehicles deployed during the two-year exemption.

Along with offering a permission to drive on the roads, the exemption relieved Nuro from including safety equipment such as windshield wipers and mirrors as part of design of the vehicle. These tools will be replaced by cameras and sensors of R2. According to the NHTSA, the vehicles will be monitored closely during the testing phase. NHTSA Acting Administrator James Owens outlined that the NHTSA supports the safe testing and deployment of advanced technologies in vehicles that hold a great potential for the future. Dave Ferguson, the Co-founder of Nuro, stated that this exemption would make vehicles safer for people. Replacing mirrors and windshields with cameras and sensors, the company can round the edges that take less space and make it safer for humans. The firm would deploy a panel in place of windshields that can absorb energy and protect pedestrians. The applications of autonomous technology would rise in coming years. According to the report published by Allied Market Research, the global autonomous last mile delivery market is estimated to reach $75.65 billion by 2030. Technological advancements would be one of the major reasons for such huge deployment and growth.