The American Transportation Research Institute released a new study that proposes a framework by which autonomous truck standards could be developed. 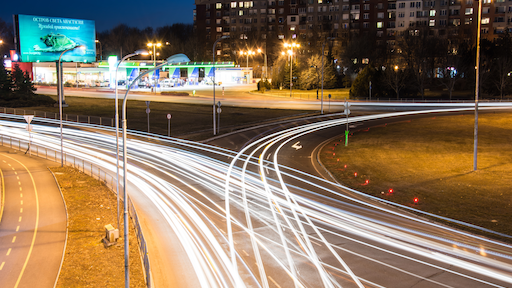 The American Transportation Research Institute (ATRI) has released new research that identifies both the positive and negative impacts associated with numerous government policies, programs and regulations that target autonomous truck development and testing. The study proposes a framework by which autonomous truck standards could be developed.

More specifically, the report highlights dozens of local, state and federal activities that guide and regulate autonomous truck activities. While most attempt to create a framework for the safe testing of autonomous trucks, the myriad state and local activities ultimately impede the creation of a seamless and standardized autonomous truck network. Even those government rules that support the development are often too prescriptive to generate meaningful outcomes.

For example, multiple vendors highlight Level 4 testing, even though regulations require constant control of the vehicles by both drivers and onboard engineers, making it difficult for motor carrier executives to accurately assess the real value of ATs.

“The pace of technology development in the autonomous truck sphere is moving at lightning speed,” says Jeff Reed, Skyline Transportation President and chair of the ATA Automated Truck Subcommittee. “Our industry needs states to collaborate on seamless policies and regulations, and we need more proactive federal guidance on AT development. Government activities at all levels must be dynamic enough to address the constantly evolving technology landscape.”

Autonomous Last-Mile Delivery Could be Valued at $11.13 Billion By Next year

This news complements existing grant programs available to businesses to develop electric infrastructure at their locations for use by medium- and heavy-duty fleet vehicles.
July 9, 2020

In just moments, international freight brokers can now protect their perishable goods with pay-as-you-go, wrap-around coverage through the Transship platform, while also accelerating claims processing from days or weeks to minutes.
July 9, 2020

Beginning in Japan, the companies will collaborate on the testing and deployment of autonomous transportation solutions based on Mobileye’s automated vehicle technology.
Mobileye
July 8, 2020

This real-time visibility into freight logistics is increasingly indispensable during normal times, but has been particularly critical as the supply chain continues to grapple with ongoing disruptions due to the COVID-19 pandemic.
FourKites
July 8, 2020

Is Your Organization Prepared for Transportation Planning Implementation?

82% of respondents in the United States and 88% in Canada agreed that it is critical for T&L companies to ensure a mobile-first strategy around last-mile delivery.
SOTI Inc.
July 6, 2020

Supply & Demand Chain Executive revisits former Pros to Know winners to see what they're up to, how their career has progressed and what's in store for the future.
Mackenna Moralez
July 6, 2020

Once the sports industry starts running at full speed, freight shippers within the consumer packaged goods, retail and chemical space should expect some bruising blows if not prepared to meet intense high demand.
Jake McLeod
July 3, 2020

The Sava acquisition is the second transaction announced by Mark-It in 2020 having previously acquired Spirit Trucking in January and it marks another notable step in its expansion.
Mark-It Express Logistics
June 30, 2020
Follow Us