Autonomous vehicles are going to drive trucks far better than humans ever could. 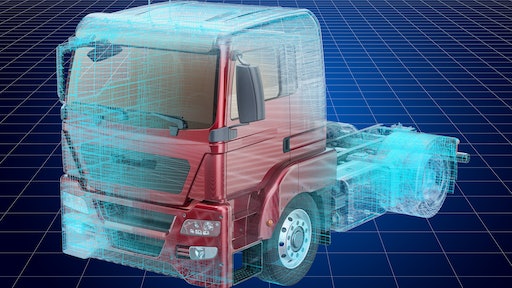 Everywhere I turn these days there’s another story about autonomous vehicles and their potential impact on the trucking industry. Magazines are writing about it, regulatory agencies are exploring it and there’s a session on the topic at pretty much every conference.

The majority of these stories and info sessions end up adopting a similar tone – after talking about what’s happening, there is often skepticism about how the technology isn’t coming anytime soon and that computers will never be able to operate as well as humans.

I can appreciate that the tone is probably comforting for people who are worried about significant changes in the industry, but I don’t think it’s helping anything. It may make people feel better, but it’s incorrect information, and it misses the point.

I’m a veteran of the tech industry, so I’ve seen plenty of pronouncements about what things “will never happen.” I still clearly remember the mobile phone industry laughing at Apple’s initial goal of selling 10 million total iPhones - they now sell more than 40 million per quarter. I’m inherently skeptical of people invested in the status quo who proclaim that a robot will never replace a driver, or how we’ll never see self-driving trucks taking over the industry.

The reality is that autonomous vehicles (AVs) are coming. UPS just invested in TuSimple; CNBC reported that Amazon is using self-driving trucks on I-10 -- trucks developed by Embark, which has $47 million in funding. With the U.S. truck freight market estimated at $700 billion annually, that’s a lot of coin. It’s a big industry, which is why there is so much interest in being a player with breakthrough technology.

With all the testing and theories being proven, AVs are going to drive trucks far better than humans ever could. As a result, they’re going to be a huge benefit for the industry.

Sustaining technologies are innovations that work within the current model and value chain in any segment. They allow the incumbent players to improve their offerings but don’t fundamentally change how the segment operates. Sustaining technologies follow a standard S curve of growth, and as they’re reaching the end of their rapid growth period, a new sustaining technology picks up the baton and runs from there. As a result, established, mainstream markets have a continuous innovation process without a fundamental change in how the businesses operate.

So, which is it?  Are AVs disruptive or sustaining?

Based on the definitions above, it’s clear that AVs are sustaining rather than disruptive technologies in the trucking industry. While they’re still in their infancy, it’s easy to see that they’re designed to work for the mainstream trucking market – they’re being developed by established vendors. AVs will be sold to existing trucking companies, they follow existing standard regulations, and they're filled with regular trucking freight. They may start off running specific lanes or avoiding certain areas, but all trucks have ideal working conditions, so these are minor details.

However, while the AV may do the driving part on its own, there are lots of other parts of the job that it won’t be taking over. It won’t be inspecting the vehicle, securing the cargo, placarding hazmat loads, or any of the other non-driving tasks that are required to safely and legally deliver a shipment. An operator will still be required to complete those parts.

On top of that, since many loads are valuable and/or sensitive, a human will need to be along for the ride just for security and peace of mind. Even with AVs that can operate safely on all types of roads, with all types of traffic, customers and the general public will feel much more comfortable if those loads have a human on board – the same way people feel better when there’s a live security guard on site rather than just remote monitoring.

If you put all that together, AVs really aren’t going to change the trucking industry all that much in terms of the business and basic operations. It will still be a truck going down the road with a trailer full of freight. The network of industry service providers will stay largely the same, and the customer base won’t change.

This isn’t to say that no part of the industry will get disrupted by AVs. Repair shops, towing companies, spill cleanup will have a very tough time. However, every sustaining technology displaces people that were reliant on the old tools, and while they may not be disruptive, they can still be ruthless.

What will change, though, is the skillset required to operate the vehicle. If it’s no longer about steering, shifting and braking, then the job becomes more like a site manager or security position and less of an active operator job. That means that the aptitude of the ideal worker will be different, the educational and training requirements will change (and probably be a lot less), and the compensation model will need to be wholly revamped. Hourly pay makes a lot more sense in those situations.

With a simpler job description, simpler training requirements, and a pay model that can be understood without an accounting degree, the industry faces better odds in its competition for young workers, which is certainly a positive.

So, thinking about all those things, AVs can be a real benefit for the industry. They’ll be a bigger investment upfront, but improved safety and operational efficiency should balance that pretty quickly. An easier time finding drivers, and a lower cost of entry for workers improves the economic picture as well.

Mark Murrell is co-founder of CarriersEdge, a leading provider of online driver training for the trucking industry, and co-creator of Best Fleets to Drive For, an annual evaluation of the best workplaces in the North American trucking industry produced in partnership with the Truckload Carriers Association.