Transportation Industry May Start to Smoothen Out

Allen Lund Company predicts that the transportation industry will start to calm down in the coming years. 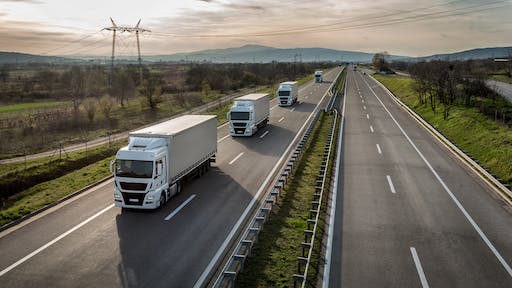 While some are fearing the worst for the transportation industry in the coming years, vice president of operations for Allen Lund Company, Kenny Lund, predicts that there will be nothing but improvements.

As more drivers are becoming accustomed to ELDs and treatment of drivers improve, things will only get calmer. Previous poor treatments of truckers is one of that caused the current driver shortage. Companies are continuously improving its climate so that drivers feel more welcomed at their docking station, including offering special lounge rooms for them.

"There's nothing like a capacity shortage to drive that home," Lund says.

Allen Lund isn't the only optimistic company, though. Radiant Clipper sees an improvement in the future, but there are still problem areas, such as long wait times that impact hours of service and ELDs.

"It's not to the point where shippers have a real sense of urgency about it, but our driver pool will refuse to go to [certain facilities]. With the growing amount of freight and the shortages in capacity, there will be more issues with drivers not wanting to pick up or deliver," Debra Sanford, vice president of sales, pricing and temperature control of Radiant Clipper tells Blue Book Services.

To combat timing issues, Allen Lund Company has developed its own dock-scheduling software that is designed to provide more flexibility, visibility and control to drivers and shippers, as well as receivers.

The Electronic Logging Device Mandate Is Here, Now What?

Cheryl Falk, SVP, global marketing from Fortna and a Pros to Know award winner, joins the podcast to discuss her supply chain journey and mentions a noticeable shift in business, where the supply chain is brought heavily into c-suite discussion.
Fortna, Inc.
May 12, 2022
Follow Us