UPS has a 98 percent on time delivery rate this year. 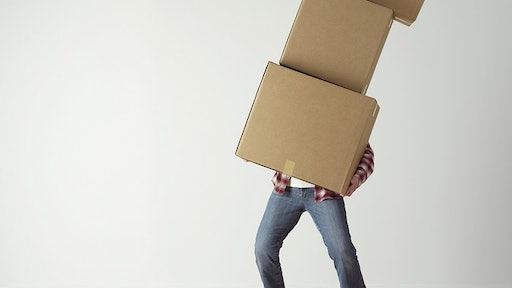 Just last year, UPS was behind on deliveries, with more than three million packages arriving late each day. In order to fix the errors of previous years, UPS announced it would invest $7 billion on new facilities, including a new regional "super hub" in Atlanta.

According to WABE, the warehouse is the size of 19 football fields and has 18 miles of conveyor belts diagonally stacked above each other. Boxes are tagged with smart labels and race through multiple scanners so that no matter what position the box is in and where the smart label is lcoated, all the information of where the box needs to go is located.

Along with investing in automation and technology, UPS also has fewer human workers sorting by hand. At the Atlanta hub, there are 3,000 people who work in four shifts, allowing for a 24-hour operation.

More companies are turning toward automation this holiday season to get packages out sooner. However, it's not always perfect. Recently, a machine in an Amazon warehouse punctured a can of bear repellent, sending 24 people to the hospital.

UPS, though, understands that there are still places in the production process that is better suited for humans. For example, WABE reports that employees sort through the large and irregular shaped packages passing them at a slower speed on a conveyor belt.

Employees are also positioned in a master control room where they watch 600 cameras and sensors that assist operations down on the floor.

WABE reports that between Thanksgiving and Christmas, UPS expects to deliver more than 800 million packages. So far, the company has a nearly 98 percent on-time delivery rate.