Last year Walmart executives described a plan to help fight off Amazon and other companies attempting to steal its customers, however, it doesn't seem to be working. 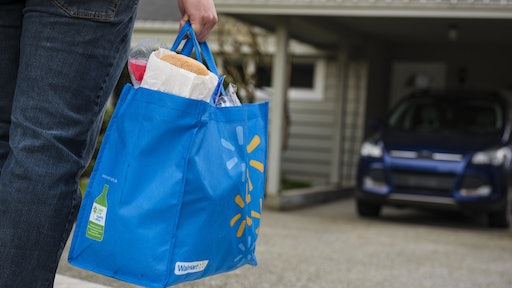 Last year Walmart executives described a plan to help fight off Amazon and other companies attempting to steal its customers, however, it doesn't seem to be working.

According to Reuters, Walmart store employees would bring online orders directly to shoppers' homes after completing their usual shifts on the the sales floor. the goal was to lower the company's shipping costs by utilizing its workforce and to boost its $11.5 billion e-commerce business. Walmart ceased the pilot program in January, Reuters reports.

The retailer found that people who shop in stores and become online customers spend nearly two times as much as those who shop at one or the other. Yet, when the program started in New Jersey, the initiative failed due to skeptical employees who had to use their time after work, their own cars and personal insurance policies for a program that would only benefit their employer. Walmart offered free TVs and iPads as gifts to entice employees, with only 50 signing up with no experience as couriers. Sources told Reuters that employees were only paid $2 per package, with participants making up to five total drop-offs during a typical trip. Walmart allegedly reimbursed them 54 cents for fuel mile and offered them an extra hour of overtime pay. However, sources said that they lost at least 30 minutes of time waiting at the store after their shifts ended to collect items and were never compensated for it. Reuters  reports that the company didn't offer more than one hour of overtime even if it took longer to deliver the packages. Sources claimed that delivery of five packages usually took more than two hours to complete.

Reuters reports that the retailer is now testing a more modest service, known as Associate Deliver 2.0, with just four employees that deliver goods from a single store in Georgia. In this program, Walmart is limiting deliveries to groceries and related items. To increase demand, Walmart will waive the fee for the first delivery order if it is for $50 or more. The drivers' pay start at $12.50 an hour and they will be reimbursed 54.5 cents a mile. The drivers still have to use their own car insurance policies, but the company will cover any expenses that their personal insurance won't cover.

Walmart has been struggling to cater to an online audience, despite having stores within 10 miles of 90 percent of the US population. The company currently caters to online shoppers by having them drive up to their store to collect merchandise ordered online, and partners with shippers for routine deliveries.

Walmart is still aiming to be able to deliver groceries to more than 40 percent of households by the end of 2018. However, the company ended delivery partnerships with Uber and Lyft after the services struggled to deliver people and packages together. Reuters reports that it relies on third-party companies to help deliver groceries.