Reports show that the self-driving cars were not living up to company's expectations. 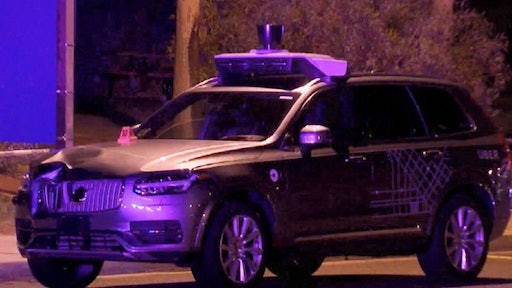 Uber's tests of autonomous vehicles were not living up to expectations in the weeks prior to the fatal crash in Tempe, Arizona.

The cars were experiencing difficulties driving through construction zones and next to big rigs. Human operators had to intervene more frequently than other competitors.

As of March, Uber was struggling to meet its target of 13 miles per intervention, where a human operator had to take control of the vehicle to steer away from trouble. Even with the struggle, Uber's test drivers were asked to go on solo runs.

The crash was a major setback for the company, which has been trying to improve its image since last year's power shift and legal battles. Chief executive Dara Khosrowshahi was expected to visit Arizona in April and experience a glitch-free ride in an automated vehicle. After the crash, Uber halted all further testing.

The Tempe Police Department is still investigating the crash and has not disclosed whether the car was at fault or not. The vehicle was going 40 miles an hour in a 45 miles an hour zone. The car did not slow down before impact. In a video filmed by the dashboard camera showed the driver's hands not hovering above the wheel, which is what they are instructed to do in case of trouble.

Not all drivers followed Uber's rules. One was fired after falling asleep at the wheel and another was spotted air drumming as the car passed through an intersection.

It is unclear when or if Uber will continue its autonomous vehicle testing.