The Age of Electric Vehicles Has Arrived

The Carsurance infographic highlights that up to 25 million vehicles with electric components could populate roads across the world by 2025. 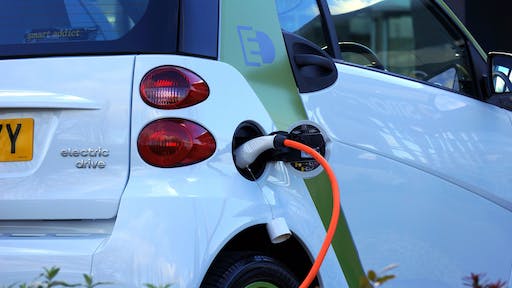 While life would be hard without motor vehicles, it would be impossible without an inhabitable planet. The effects of climate change are an existential threat to our species, but eco-friendly developments in the automotive industry provide hope to many.

After decades of emitting greenhouse gases into the atmosphere, humankind will not have a bright future unless we immediately stop using oils to power our vehicles. The growing demand for electric vehicles is a testament to our commitment to curbing global warming.

Electricity is a viable alternative to oil, and statistics show that we are heading in the right direction. The Carsurance infographic highlights that up to 25 million vehicles with electric components could populate roads across the world by 2025.

Considering that only less than one million electric vehicles accounted for global auto sales in 2016, the projection that this figure is expected to gradually rise over the years is good news. In fact, the five fastest-selling used cars on the market are full-electric and hybrid vehicles.

Environmentally concerned motorists and automakers are the primary catalysts for the electric vehicle revolution, but governments are playing a role too. India, Germany, and the Netherlands are planning to end the sale of vehicles with gas or diesel engines by 2030, while the United Kingdom and France hope to achieve the same feat by 2040.

Marked improvements in auto battery technology are also making electric vehicles more attractive. For instance, the energy density of lithium-ion batteries is increasing somewhere between 5 percent and 8 percent every year.

Tesla batteries are becoming more reliable too. Batteries in the Model S and X are able to retain over 90% of their original capacity after close to 170,000 miles. A longer battery life drives down costs for motorists, meaning that electric vehicles should become more affordable in the future.

The electric vehicles these days are yet to be emission-free, but cars of the future could run purely on renewable energy as long as solar technology continues to mature. Check out the infographic below to see what the automotive industry may look like decades from now.