Today, technology makes sure inspection officers are spending their time looking at the trucks that need to be inspected. 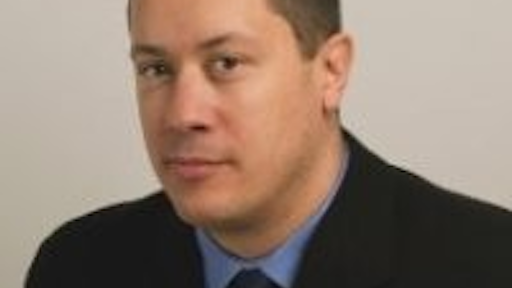 If you look at today’s big rig and compare it to a 2008 model, the technological advancements would boggle the mind. The safety options alone make today’s truck able to literally drive itself.

What about the rest of the industry and weigh stations and bypass in particular? The weigh station your father may have seen is a far cry from today’s weigh station. Gone are the days when inspection officers trusted just their luck in choosing which vehicles need to go through a Level 3 inspection. Today, technology makes sure inspection officers are spending their time looking at the trucks that need to be inspected.

That’s because “smart” roadside weigh stations dot the United States and Canada, with more being added each month. These technology-filled stations feature a bevy of advancements, including vehicle waveform identification and advanced thermal imaging systems.

At the heart of many systems is IIS’ thermal inspection technology, which can heat-sense thermal signatures associated with unsafe and defective equipment such as inoperative brakes, failed bearings and under-inflated or damaged tires. Advanced image processing, coupled with decision-making algorithms within screening software, searches and flags possible defects for a more thorough inspection. It’s a huge time saver for law enforcement and lets inspectors focus more of their time on the trucks that truly need checking.

In addition, more states are adding weigh-in-motion sensors in the roadway. That data is transmitted too – allowing the system to compare current readings to historical weight data gathered at various other statewide locations. To ensure data from those weight readings are assigned to the right truck and trailer, an electronic screening platform can gather data via vehicle waveform identification (VWI). This uses magnetometers mounted on overhead signs to identify vehicles by measuring the truck and trailer’s magnetic “signature.” Each truck and trailer, even those spec’d identically, generate a unique magnetic footprint. While the signature changes over time, VWI can still recognize the readings and assign them to the corresponding trucks and trailers with a high degree of accuracy.

While technology assists law enforcement at weigh stations, technology is also helping safe fleets become more productive by becoming eligible to bypass these weigh stations altogether.  Did you know that each time a truck pulls into a weigh station the average cost is about $9.30?  It’s true. We ran data from more than 12 million customer site visits throughout the United States with our PreClear Analytics tool and found the average pull-in to a weigh station lasts 3 minutes and 40 seconds and costs more than $9 in fuel, maintenance and operational costs. Now, multiply that by the number of trucks you run, and the number of weigh stations stops you make, and you can see how much time and money is lost.

What exactly is bypassing? It started decades ago through short-range communication transponder technology. The truck had a transponder ‘badge’ on the windshield, with the embedded information read by a transponder poll (reader) near the weigh station. Over the past five years, weigh station bypass has evolved from the equivalent of a landline to a smartphone.  Drivewyze, for example, uses a cloud-based software-as-a-service system that leverages cellular networks and the Internet to add transponder-like functionality to ELDs and mobile devices such as tablets and mobile phones. It’s simple – no hardware -- and it’s loaded and ready to use on many ELDs for fast activation. The safer the fleet, the more likely bypasses occur. Everyone is also subject to a random factor requiring an occasional pull-in.

There is no doubt that commercial vehicle pull-ins and inspections play a critical role in maintaining highway and road safety. It is a key enforcement process and safeguard to keep unsafe vehicles or drivers off the road. With nearly 5.7 million interstate-licensed commercial trucks on the road today with limited resources, inspection stations are often congested. Pre-clearing – bypassing – vehicles based on the state’s pre-determined safety criteria, frees up inspection stations to focus on drivers, vehicles or fleets that may need their attention. With weigh station bypass, everyone wins.

With more than 20 years of experience in Information Technology and Software Engineering, Brian Mofford has a strong background in management and information technology systems. As Vice President of Technology at Drivewyze, he led the development and launch of the Drivewyze™ PreClear weigh station bypass service, which was released commercially in August 2012.

RoadSync Secures $5.7M Series A Led by Base10 Partners

This program kicks off with 10 Rail-Ready Sites along the New Jersey division of the Winchester and Western Railroad.
April 2, 2020

Are you Insurance Worthy? Training Tips that Help with Insurance Renewal

In the process of working with fleets and insurance providers on driver training, there are several issues that can prove to be the most damning for fleets.
CarriersEdge
April 1, 2020

CSX is aiming to reduce its gas emissions by 37.3% by 2030, which the Science Based Target Initiative (SBTi) has now approved.
CSX Corporation Inc.
March 31, 2020

Logistics companies are looking to its senior management teams, and reinforcing this area to better prepare themselves for the rest of 2020.
Brielle Jaekel
March 30, 2020

Constant communication and in-depth planning were required for the demanding preparation of such a highly specialized project.
March 27, 2020

Flight restrictions are putting the pressures on ocean freights to carry the bulk of overseas orders during Coronavirus (COVID-19) outbreak.
ECU Worldwide
March 26, 2020

Actus Logistics is hoping to fill in the gaps of the supply chain by offering its knowledge and resources without focusing on the bottom line in this time of need.
Actus Logistics
March 26, 2020

Drivers looking for places to rest during long hauls are able to keep better track of which areas are open or closed, as Drivewyze adds this capability to its push notifications.
Drivewyze
March 25, 2020