In April, Malaysia created a joint task force to crack down on illegal plastic waste imports, refusing to be a dumping ground for other countries. 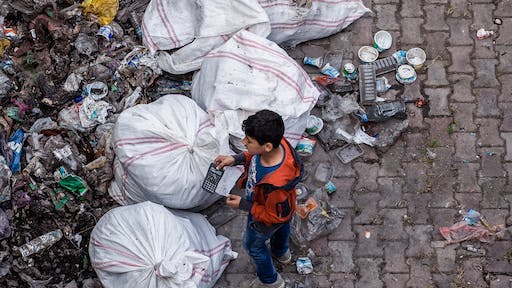 Photo by Emre Kuzu from Pexels

Plastic waste is becoming a global crisis, and Malaysia is attempting to combat that by returning 450 tonnes of contaminated plastic waste to the countries that it originally shipped from.

In April, Malaysia created a joint task force to crack down on illegal plastic waste imports, refusing to be a dumping ground for other countries. CNN reports that the authorities have since carried out 10 operations.

Malaysia isn't the first country to crack down on plastic waste imports. Last year China banned plastic waste imports as part of an initiative to clean up its environment, creating a ripple effect through global supply chains as middlemen sought new destinations for their trash. Since the ban went into effect, plastic waste exported from the U.S. to Malaysia more than doubled in the first seven months of 2018 compared to the previous year.

Bulky Items in Last Mile Struggle but Expectations Are Higher

New research shows that timing is everything for consumers when it comes to big and bulky deliveries in the last mile. However, that doesn't mean that earlier is better.
DispatchTrack
April 27, 2022

Prices of resin are expected to surge across the globe in 2022, except in the US, where they are expected to reduce due to capacity additions in 2022.
Aranca
April 26, 2022