The Trump administration decided to move forward with plans to undo an Obama era standard on the fuel economy. 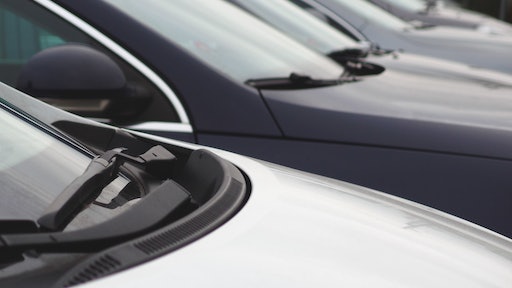 The Trump administration decided to move forward with plans to undo an Obama era standard on the fuel economy. The standard aimed at getting cars and trucks to average more than 50 miles per gallon by 2025, the Los Angeles Times reports.

On August 2, the Environmental Protection Agency and the National Highway Traffic Safety Administration formally announced its plan to rewrite the former rules and replace them with lax ones. The announcement riled up several states, including California who has been a leader in the sustainability effort, and even made automakers wary.

The Los Angeles Times reports that the administration will freeze mileage targets in 2020 for six years, essentially moving to end California's power to set its own, tougher greenhouse gas emissions standards and end the mandate that automakers sell a specific number of electric vehicles.

The proposal was originally supposed to be a negotiation with California, however, state officials claimed the plan was too extreme and threatened to fight it in court. Currently 14 states follow California's more stringent rules and believe that the Clean Air Act empower them to keep the standards in their markets.

The rollback will worsen air quality problems in areas that are struggling to clean smog and undermine efforts to meet commitments the US made in the Paris agreement, the Los Angeles Times reports.

Yet, the administration believes that the fuel economy rules should not be used to solve climate change since the goal is "fundamentally different" from the Clean Air Act's original purpose. The Los Angeles Times reports that officials have acknowledged that changing the fuel economy improvements would come at the expense of pollution reductions and public health.

The EPA argues that the Obama administration's higher efficiency rules would raise prices and restrict consumers from being able to afford newer vehicles with more advanced safety features. However, environmental advocates and other scientists have pointed to studies done during the Obama years that higher fuel standards could be achieved without compromising safety.

Some of the EPA's own scientists are against the administration's position, the Los Angeles Times reports. However, the White House approved to take a hand stance, causing Gov. Jerry Brown to vow that California will fight back.

According to the Los Angeles Times, vehicles are the largest source of emissions that cause global warming. The current federal fuel economy targets ensure automakers move toward higher efficiency vehicles. The rules require automakers to meet fleet-wide averages of more than 50 miles per gall by 2025. Meanwhile, the Trump proposal would freeze real-world fuel economy at 30 miles per gallon. The impact of freezing those targets show an increase of daily fuel consumption by 3 percent, increasing greenhouse gas emissions and contributing to the rise in global temperatures.

Still, the administration says that the rules will drive up the price of cars and push buyers out of the market and go toward older vehicles that lack new technologies. By flat-lining the emissions standards, the auto industry will be able to sell cars at lower prices, resulting in an additional 1 million sales over the next decade. However, automakers have confirmed that they can build lighter cars to meet tougher emissions standards without sacrificing safety.

Material Sourcing Gets High-Tech and Sustainable

Browzwear and Cotton Incorporated collaborate to create a digital method of material sourcing, reducing the impact on climate change by tapping into technology.
Browzwear
April 23, 2021

The initiative will calculate the CO2 impact of Onfleet customers’ delivery operations and offset them through the purchasing of carbon credits.
Onfleet
April 22, 2021

Sustainability is beginning to gain traction across global supply chains where the impact can be especially significant when supported by leading-edge technologies, like AI-empowered digital decision making.
INFORM Software Corporation
April 21, 2021

This new partnership is a break through in the commercialization of the product.
Origin Materials
April 14, 2021

Register
Industry experts provide an executive outlook into the state of logistics and supply chains, including discussions on automation, transportation, warehousing and emerging technologies.
Follow Us