Breaking the glass ceiling in procurement is not just about gender diversity, it will also improve your returns 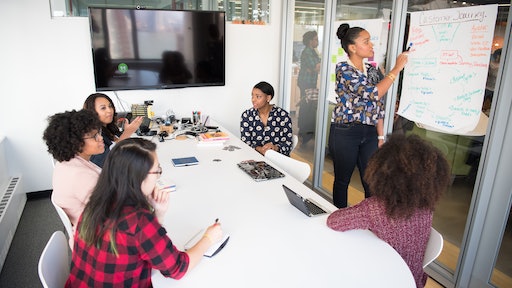 Most procurement departments are already well recognized for their strategic contribution to business success, and others are still transitioning into a strategic business function, via cultural change programs, process enhancement and of course through ever more sophisticated deployment of digital technology. Yet for all this enhancement and progress female procurement leaders still represent a minority in the boardroom. Whilst some mature procurement organisations in the US and Western Europe have appointed a female chief procurement officer, on average 80 percent of these roles in the top companies are still taken up by male leaders.

However, the future is starting to look more positive. According to a recent survey of over 300 CPOs in the US, Europe and Asia across 14 industries, 60 percent of the respondents stated that there were more women in their organisation compared to three years ago and only six percent said that the number has decreased. However, the same survey also highlighted that women account for only 25 percent of the members of procurement committees and management teams and fewer than one in three buyers is a woman.

Research suggests that gender diversity correlates with the bottom line and companies with a gender balanced C-suite have a higher likelihood of achieving above-average financial results. CPOs whose organisations have over 40 percent of women have reported significantly better financial performance over the last five years and 65 percent of the CPOs noticed an improvement in their procurement performance linked to the increase of number of women in their teams.

What can businesses do?

As with any leadership initiative, executive sponsorship needs to come from the top – having visible female role models, mentoring the next generation of female leaders and holding the senior leadership team accountable for improving the gender imbalance are necessary. Removing unconscious gender bias is not just an HR initiative – it needs to become part of the organisation’s culture where progress towards gender diversity is being measured and communicated across teams.

Setting up a promotion process that is transparent and allows more women to move up in their career at a level-based pay, as well as recognising everyone who helps with making progress on gender diversity can also help to shift the imbalance and inspire more women to step up.

Flexibility around family is something that can still be seen as a career setback for women, however there has been a significant shift in fathers taking paternity leaves, giving women more options to return to work quicker and have less time limitations related to childcare. And of course, millennial men also want these options for themselves and rightly so. Businesses play a critical role in supporting working parents and providing them with flexible work arrangements that can be taken up by both men and women to balance work and family life.

What can women do?

Finding a mentor within the business and getting sponsorship they need, together with focusing on structured career development opportunities to refine and develop new skills play an essential role in advancing into a leadership role. Impostor syndrome can often be a reason behind the lack of ambition, but in fact most women who suffer from it are successful at work, despite their self-doubt. Self-motivation and confidence building techniques, focused on past successes can help to bounce back from negative self-perception and lack of self-esteem.

Above all, women should gather a group of like-minded women (and men) around them, and preferably not just in procurement.  If you look at the most successful people – men and women – none of them are siloed in any way. They appear to network easily, and prioritise meeting new people, and gathering new ideas.  The technical skills that got them to where they are today, are not the ones that will make them the business leader of tomorrow. Increasingly, the more senior one is, their immediate sphere of influence is less the vertical function they have grown up within in their career but rather a cross-functional, horizontal outlook. The business leader recognises they are seldom the expert in its true technical sense, rather they are the positive facilitator of new discussions and advancements.  In short, they talk, they explore, they make sense of the world and they make decisions within imperfect situations.  And always remember everyone has doubts – not just women – so we should all look to focus on what we did do well.  Ditch anyone in your immediate sphere that instils negative feelings and immerse yourself instead with those that recognise and amplify your strengths.

Despite the clear benefits of a gender balanced workforce, including improved business performance, innovation and enhanced company reputation, the ratio of women in leadership roles is still imbalanced – but is it because companies are struggling to attract and retain female procurement talent or are women in procurement unable to break the glass ceiling?

For companies striving for growth, the choice to deploy AI/ML tools that can find actual information on suppliers is no longer a nice-to-have. It's a part of the business.
Tealbook
January 10, 2023
Follow Us