Denim hubs are experience declines as a new tier of jean suppliers arise. 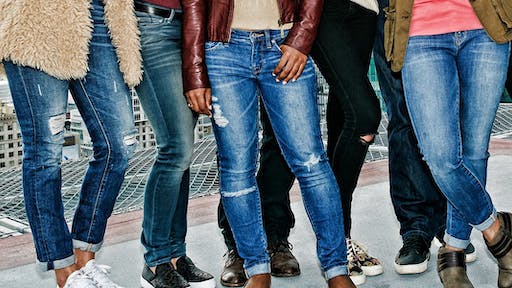 Denim hubs are experience declines as a new tier of jean suppliers arise.

According to Sourcing Journal, China and Mexico have posted minor increases so far this year, while countries like Vietnam, Bangladesh, Cambodia and Pakistan are bringing in orders.

The demand for jeans remains strong as U.S. imports of denim apparel increased 7.87 percent for the first 10 months of 2018, Sourcing Journal reports. However, where the denim is being produced is changing.

Imports from China and Mexico have only increased slightly as the countries face disruption in U.S. trade policy. In order to mitigate risk in their supply chains, the countries have had to shift sourcing plans.

Tariffs have caused China to lose a majority of its its jeans market share to other Asian nations. Vietnam saw shipments to the U.S. rise 46.16 percent in the last 10 months, while Cambodia saw shipments increase 27.49 percent.

Meanwhile, suppliers are also taking market share from Mexico since they have the same attributes of quick shipping times and duty-free trade because of the Central American Free Trade AGreement (CAFTA). Sourcing Journal reports that U.S. jean imports from CAFTA countries rose 7.37 percent in the 10 months.