A technological "arms race" is well underway to protect retail from cyber-thieves. 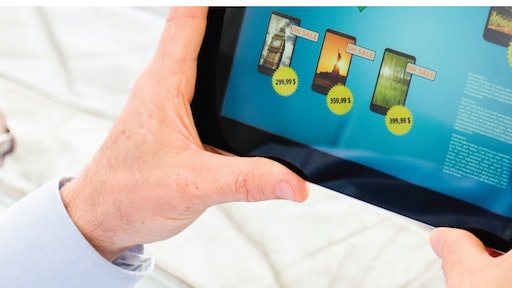 A new survey released by the Centre for International Governance Innovation (CIGI), in collaboration with the United Nations, reports that consumers around the world are growing more cautious of online transactions due to the rise in cybercrime and privacy breaches. And yet, despite concerns about internet fraud, there is no sign that e-commerce is slowing down. This has led to a technology “arms race” to combat cybercrime as both consumers and retailers face risks that the world has, literally, never seen.

Online sales in the United States, growing by more than 9 percent annually, are expected to reach $523 billion by 2020, a five-year growth spurt of 56 percent with no sign of abating as mobile transactions accelerate. In the United States, 90 percent of all internet users make at least one online purchase per month.

However, as e-commerce has exploded, so has the scale and sophistication of internet fraud and cybercrime. With one of the world’s highest rates of adapted technology and internet usage, it’s little wonder that the United States tops the list for both internet security breaches and identity theft worldwide. In the last eight years, more than 7.1 billion identities have been exposed in data breaches, and hundreds of millions of variants of malware and bots have been unleashed.

Earlier this month, Google itself was ground zero for a malicious phishing scheme traveling in the disguise of a Google Docs message, appearing as if sent from a trusted contact. More than a million Gmail accounts were infected in just an hour before the company disabled the attack, and Google has yet to identify the source. It was a sign of a new level of aggressive and skillful deception, and an ominous harbinger of things to come.

“The internet can be a battlefield, and anyone doing business online needs the best possible weapons in the form of technology and innovation,” said Monica Eaton-Cardone, founder, owner and COO of Chargebacks911. “Online retailers need to invest in the right technology to defend themselves if they expect to survive in a marketplace where the threats are invisible.”

In addition to hacking, phishing, identity theft and ransomware, today’s hi-tech fraudsters are also using chargebacks to steal billions of dollars from online retailers. According to Eaton-Cardone, chargeback crime is dramatically different from traditional fraud attempts.

“With ransomware and external hacking, at least you’re not in danger of confusing a customer with a criminal,” said Eaton-Cardone. “You might not unmask the hacker, but you can still continue selling to your customers.  Chargeback fraud is different, because it blurs the lines between criminals and customers. Without a hi-tech chargeback defense, your e-store can be gouged repeatedly by cyber-shoplifters posing as honest customers, and they’ll eventually bleed you dry.”

Chargebacks are one of the fastest-growing forms of online retail fraud. A chargeback occurs when, instead of contacting the merchant, a buyer contacts their bank (credit card company) and demands a refund. Consumers can demand chargebacks for a wide variety of reasons. Current U.S. law is so heavily weighted in favor of the consumer that merchants rarely fight the claim, and consumers often receive a refund even without returning the product—something known as cyber shoplifting.

“What we are seeing is that as technology evolves, so have the tactics of cyber criminals,” said Eaton-Cardone, “What used to be known as ‘friendly fraud’ has morphed in an organized, systematic criminal scheme that leverages technology to target larger and larger purchases, and in greater frequency, often with stolen credit card information. Without the tech to identify the markers of these attacks and quickly respond against fraudulent chargebacks, merchants can be exposed to catastrophic losses.”

Analysts estimate that e-commerce fraud—whether in the form of chargebacks, identity theft or new organized campaigns such as “card testing” (where stolen card numbers are tested first on small purchases)—is growing by 30 percent year over year. Fraudsters quickly are developing new ways to monetize stolen data and automate their processes. Chargebacks alone now account for $40 billion in lost revenue annually, accounting for nearly half of all online retail fraud.

Ultimately, as merchants absorb the losses associated with cyberfraud, it is the consumer who pays the price. With chargebacks and other schemes crushing margins and profitability, online retailers must be prepared to deploy innovative software technology that not only guards against criminal activity, but protects against the erosion of consumer trust in e-commerce.