German and U.S. companies cite a lack of employee hands-on experience in the Internet of Things as an implementation barrier. 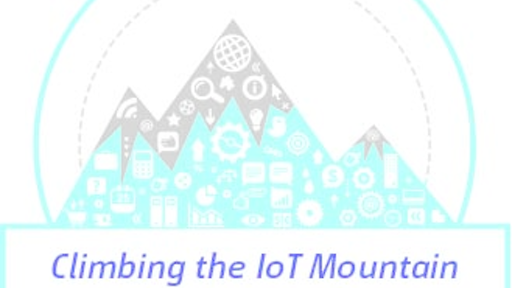 As the Internet of Things (IoT) proliferates, companies maneuver to adopt IoT technologies within their own businesses, including autonomous robots or smart factory sensors. Major industrial players in the United States and Germany are working on this, and believe it to be tied to increased efficiency and revenue.

Digital Trends, via the Boston Consulting Group, examined worldwide trends in Industry 4.0, showing that German companies are laying down more groundwork for IoT projects than their counterparts in the United States and appear to have more faith in the new technology.

Along with IoT technology comes a need for people in the workplace who can use it: Both groups (312 German companies and 315 from the U.S.) cite a lack of employees with hands-on experience in the IoT space as one of the barriers to implementation.

Three Ways the Internet of Things Will Change Retail

Smarter Operations: Manufacturing Industry Is Ready for the Internet of Things

Study: Nearly 90% of Americans Expect Recession Because of COVID-19

The chain of custody for live cells is critical to ensuring the safe and timely treatment of patients.
John Lunger
May 20, 2020

The vast majority (91%) of electronics companies surveyed said sourcing issues are the cause of product launch delays.
Supplyframe
May 19, 2020

Contract and Change Management: The Road to an Efficient Supply Chain

How Supply Chains Can Manage Turnaround Response to COVID-19

The main priorities in this interim period are to restructure the cost and margin base to align your full supply chain, while developing critical skill-sets.
Jeremy Smith
May 14, 2020

From its introduction in supply chain strategy, big data and analytics have been used to help companies drill down into their operations.
Basware Inc.
May 6, 2020

Xeeva’s solutions are the result of marrying specialized machine learning algorithms and industry expertise to drive immediate return on investment across all aspects of procurement.
May 4, 2020

To offer an honest opportunity, the group operates on a transparent cost-plus basis offering fair mark-up following FEMA and anti-gouging guidelines to deliver fairly priced PPE to buyers.
May 4, 2020

GROHE Relies on JAGGAER for Logistics and Procurement

For GROHE and JAGGAER, the introduction of the new solution did not mean the end, but rather the beginning of the collaboration.
JAGGAER
May 1, 2020

Dun & Bradstreet introduced the COVID-19 Impact Index, a new resource that addresses the urgent needs of business leaders to better understand the real-time impacts of the pandemic on companies and their network of suppliers and customers.
Dun & Bradstreet Inc. (D&B)
April 30, 2020

Let’s trace the great run on toilet paper and walk through the various scenarios that played out in the manufacturing, distribution and retail sectors.
Shannon Kreps
April 28, 2020

Now is the time to begin taking actions that will mitigate near-term losses and position your company for success when the economic picture turns around.
Incentive Solutions
April 27, 2020

Closing the Skills Gap in Procurement Part 2: The Solution

With credentialing often falling short of expectations and few universities offering degrees in procurement or sourcing, organizations will need to develop the next generation of procurement talent in-house.
APQC
April 22, 2020

By now, shippers should have solidified adoption and implementation of new supply chain processes and tools from what we at Kearney call the “Survive” phase and begin shifting to the “Operate” phase.
Kearney
April 21, 2020

This partnership will help organizations generate savings through price transparency on a managed marketplace.
April 15, 2020

Closing the Skills Gap in Procurement Part 1: The Problem

The ongoing disruption caused by COVID-19 is only one example of how interconnected and volatile markets are accelerating focus on the function.
APQC
April 15, 2020

PrimeRevenue Inc. accelerated a record $10 billion in early payments to suppliers in March as companies worldwide seek access to cash to respond to the economic dislocations resulting from the global pandemic.
PrimeRevenue Inc.
April 14, 2020

As the world comes to grips with the Coronavirus disease (COVID-19), the industry is already seeing the next wave of change for procurement.
Keith Hausmann
April 14, 2020

Editor-in-Chief Marina Mayer walks readers through what to expect content-wise in 2020.
April 13, 2020

NPS can be a very effective tool for measuring internal procurement stakeholder loyalty and can help keep supplier relationships healthy as well.
APQC
April 9, 2020
Follow Us