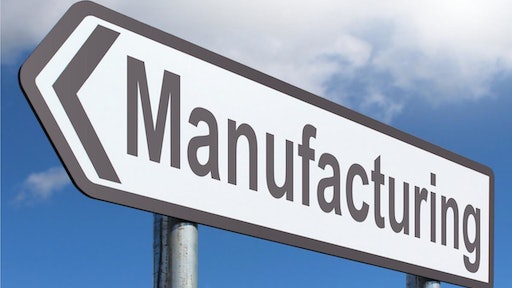 “It was surprising to see that half of the respondents feel that the current state of the manufacturing industry is ‘stable but weak or in decline.’ In fact, the opposite holds true: the state of manufacturing is greater than ever—a trend we can expect to continue with innovation, a strong economy and increased national awareness,” says Tony Uphoff, Thomas President & CEO.

The survey found that there was a generational divide between baby boomers (52 percent) and Gen X (50 percent) regarding the quality of of U.S. made products. While Baby Boomers and Gen X believe that they are superior, 47 percent of Millennials and 43 percent of Gen Zers think the quality of products are typically the same of those made elsewhere. However, a majority (61 percent) prefer products that are made locally.

When asked about which industries automation will have the biggest impact on, manufacturing took the lead with 34 percent, followed by transportation at 15 percent, retail with 11 percent and fast food with 10 percent. Respondents claim that the biggest problem facing the manufacturing sector is the adoption of robotics and automation.

Two-thirds of respondents said that they were likely to encourage someone in the workforce to pursue a career in manufacturing, while half of respondents think of the industry as high-tech. However, the industry is facing a labor shortage with more jobs remaining unfilled.

“Manufacturing has been the backbone of the American economy since the 1800s,” adds Uphoff. “We are experiencing a renaissance right now that has a lot of promise for job growth and stability for years to come.”

By taking the necessary steps to address it through harnessing today’s digital solutions, companies can empower their existing employees and perhaps attract newer generations to change their point of view to see factories as the workplace of the future.
Fero Labs
December 29, 2022
Follow Us