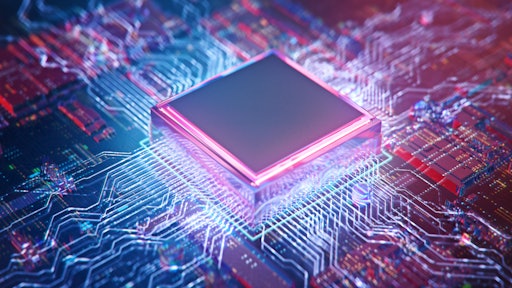 Financial analysts indicate the CHIPS and Science Act is representative of a broader shift of the overall deglobalization trend the world has experienced since before 2010. The act and similar incentive legislation in other nations are both about domestic jobs and high-tech manufacturing sector growth and about addressing national security concerns and reducing dependence on foreign sources of supply.

This is political deglobalization, and it’s happening amid a backdrop of destabilized global supply chains.

Contributing factors that have destabilized global supply chains include the COVID-19 pandemic and related governmental protocols; geopolitical tensions that make it difficult to procure some critical raw materials, and have led the United States to restrict shipments of graphics processors and artificial intelligence (AI) accelerators used in high-performance computing; and recessionary pressures that are ramping down consumer demand to some extent.

The concept of economic globalization initially centered on designing a product (such as advanced electronics hardware) in one country, assembling it in another lower-cost or more-incentivized country and selling it in yet another country. But now offshoring is being supplemented with onshoring, nearshoring and friendshoring.

Regionalization, localization and even re-shoring strategies reflect market needs to diversify sources of supply, postpone product customization close to target markets and develop co-located supply ecosystems. But sales and profits remain globalized even as the goods being sold may rely less on cross-border transportation.

Ultimately, the CHIPS Act and the incentives from other countries to invest in semiconductor manufacturing capacity are important to meet longer term demand and diversification of sources of supply in an ever-increasing digital landscape. But semiconductor production doesn’t begin or end with a front-end fab.

No one can go it alone, really

When it comes to semiconductor manufacturing, no single country or perhaps even region can be isolated and remain competitive. Consider that it requires over 100 different gasses, a plethora of metals (and minerals), hundreds of chemicals, resins and a host of other raw material inputs to create a single integrated circuit (IC). Further, the back-end processes (assembly, packaging and testing) that complete semiconductors are largely (98%) performed outside of the many nations that physically produce semiconductors domestically due to the labor intensity of the operations, including for chips produced in U.S. fabs. And the same labor cost and availability calculus applies to the United States even more when viewed from the front-end engineering perspective. The overall costs of semiconductor production tend to be prohibitive in the United States, even with the CHIPS and Science Act.

Take a look at the skilled labor and engineering talent for new fabs themselves as well. According to Eightfold.ai, in the United States alone, a projected 70,000-90,000 more skilled workers will be needed by 2025 to meet the most critical workforce needs for anticipated fab expansion. The Japan Electronics and Information Technology Industries Association (JEITA) estimated its “eight big” semiconductor producers would need to hire about 35,000 engineers in the next 10 years to keep up with the pace of investment.

The understanding and overall acceptance of additive manufacturing is one of the struggles, and the time for AM is now.
EOS North America
December 18, 2022
Follow Us