Lessons from a Pin Factory 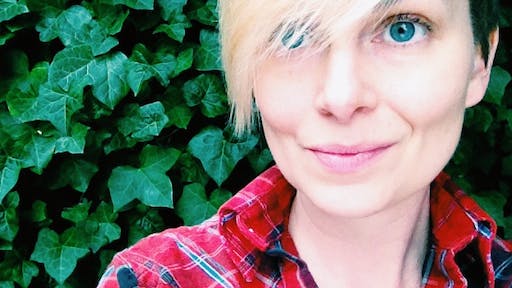 In a world where even small- to mid-sized manufacturers use robots, lasers and cutting edge computing to make their products, it might seem surprising that they could still learn something valuable from a pin manufacturer that operated nearly two and a half centuries ago.

But they definitely can. These days, one doesn’t have to be an enormous company to benefit from economies of scale.

In 1776, the Western world was recovering from The Seven Years War. Britain was emerging as a global power, gaining control of the seas and tightening control of the American colonies. Scotland, though still largely devoted to agriculture and defined by economic inequality, had invested heavily in the tobacco trade in Virginia and, consequently, was enjoying new wealth while ushering in an age of progress known as the Scottish Enlightenment.

David Hume, a Scottish philosopher, historian, diplomat, and essayist, was a leading figure in the Scottish Enlightenment—influencing thinkers such as William James, Immanuel Kant, John Locke, and his contemporary Adam Smith. In Hume’s definitive work A Treatise of Human Nature, he explores how the sciences, arts, religion, and philosophy are all dependent upon the “science of man,” arguing that desire—rather than reason—guides human behavior. Hume introduced a radical kind of empiricism, proposing that humans do not have innate ideas but rather attain knowledge and understanding only through experience.

Adam Smith, like Hume, believed human nature is largely shaped by experience; however, Smith emphasized the importance of social interactions and self-interest. Smith is often referred to as the “father of free markets,” but is much more accurately the “father of economics.” In one of the most well-known and often quoted sections of The Wealth of Nations, Smith describes a pin factory:

One man draws out the wire; another straights it; a third cuts it; a fourth points it; a fifth grinds it at the top for receiving the head; to make the head requires two or three distinct operations; to put it on is a peculiar business; to whiten the pins is another; it is even a trade by itself to put them into the paper; and the important business of making a pin is, in this manner, divided into about eighteen distinct operations, which, in some manufactories, are all performed by distinct hands, though in others the same man will sometimes perform two or three of them. I have seen a small manufactory of this kind, where ten men only were employed, and where some of them consequently performed two or three distinct operations. But though they were very poor, and therefore but indifferently accommodated with the necessary machinery, they could, when they exerted themselves, make among them about twelve pounds of pins in a day. […] But if they had all wrought separately and independently, and without any of them having been educated to this peculiar business, they certainly could not each of them have made twenty, perhaps not one pin in a day […].

Here Smith introduces division of labor and explains how a pin factory—even a small one—might produce more pins than a single man can simply by relying upon the specialization of skills and a cumulative process of discrete tasks.

Perhaps remarkably, Smith’s observations about a pin factory in 1776 directly influence how we think about and conduct business today. In fact, the ideas of mass production and economies of scale—things we often take for granted—were borne more than 200 years ago out of The Wealth of Nations.

Prior to mass production, items were made to order. Craftspeople met customers’ needs, wants, and desires upon demand; they did not create products with the hopes of selling them at a later date. But Smith’s writings coupled with early experimentation with interchangeable parts by gunsmiths like Honoré Blanc and Eli Whitney quickly shifted paradigms, giving rise to assembly lines, the employment of both highly skilled and relatively unskilled laborers, and reduced costs.

Automated machines replaced handmade, hand-powered tools, and new fuel sources, such as steam and coal, revolutionized our understanding of power. As mass production spread, manufacturers rather than customers began to shape the market. Large factories mastered economies of scale, sourcing materials at lower costs and buying and producing in bulk. Industry quickly overtook agriculture, and by the early 20th century, though the Industrial Revolution had begun in Britain, the United States—long free of British control—was the world’s leading industrial nation.

Today, however, we live in an information—rather than an industrial—age. As Eric Schnurer writes, “In the industrial era, society learned that economies of scale produce the most efficient outcomes. But what we have learned in the information age is that individualized solutions are more effective and often cheaper, too.” While many large manufacturers continue to benefit from economies of scale, small- to medium-sized companies are learning that the information age presents them with a unique advantage to leverage both product and process data so that they can offer their customers effective, individualized solutions at reduced costs. What they may not realize is that they, too, can leverage economies of scale by making visible existing information.

Companies of all sizes know the total, aggregated costs of the most expensive components they use, but they may not pay attention to common, inexpensive parts—such as plastics, capacitors, resistors, and screws (perhaps even pins)—that are essential to almost all of the products they make. It isn’t easy to calculate and predict usage of low cost components, and it’s certainly not worth assigning valuable resources to manually account for usage. Therefore, individual product teams often order just the parts they need for themselves. Modern product lifecycle management (PLM) systems, however, have the capability to predict aggregate usage for all components across all products automatically. As a result, the company can order these common parts in bulk, secure in the knowledge that they haven’t ordered too many and that they won’t be caught short. The savings from applying this kind of insight can really add up, turning pennies into dollars and, for some companies, turning dollars into millions.

While Hume believed that people learn only from experience, Voltaire asked, “Is there anyone so wise as to learn by the experience of others?” Smaller companies can learn from Smith’s story of the pin factory by remembering the importance of making both process and product data visible across the organization.

But if they had all wrought separately and independently, and without any of them having been educated to this peculiar business, they certainly could not each of them have made twenty, perhaps not one pin in a day.

We are often quick to recognize when employees and teams have started to work in silos, but we may be slower to recognize when we have unintentionally tucked our resources away. Modern, cloud-based PLM systems can help surface even the least expensive and most common component usage automatically so that small to medium-sized companies can enjoy the same costs savings as larger companies, and focus their time and attention on continued product innovation rather than picking up dropped pins.

Regional Parcel Carriers: The Right Choice for your Business?

Yet, only 10% of manufacturers are “very” confident in their ability to obtain the talent required to support their business strategies over the next 12 months.
Sikich LLP
May 2, 2022
Follow Us