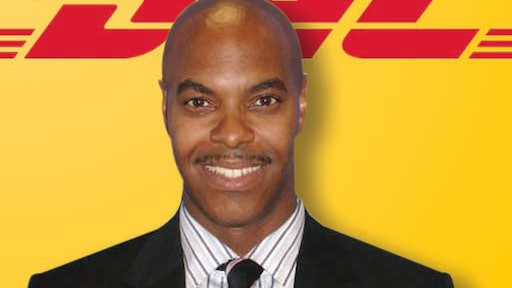 At least once a month across the globe, groups of regulators, politicians, importers and exporters convene to discuss seemingly improbable ideas to minimize the complexities of global trade. This fairy tale normally reads something like this:

Once upon a time, thousands of packages arrived at land, air and seaports. Each day, customs authorities combed through waybills and declaration forms to determine the value and legitimacy of these goods. To cope, businesses developed complex logistical strategies to lower transportation costs and provide certainty and transparency to their supply chains. These methods—often confusing—prompted governments and the trade community to work together to develop agreements that provide the necessary infrastructure and regulatory coherence for easy trade transactions. The result? Greater capacity for customs authorities; reduced clearance times; and improved competition and cross-border investments. And the global trading community lived happily ever after…

Knowing the often complex nature of trade in a global economy, this may sound too good to be true. However, there are a number of important initiatives in the U.S. and around the globe that could make this a reality.

For smaller businesses looking to grow beyond U.S. borders, understanding the rules and regulations around global trade is an important first step in the process of expansion. And those U.S. small and medium enterprises (SMEs) who do not have in-house logistics capabilities may choose to work with a logistics partner who will act as an authority on the types of international trade issues discussed here.

For the first time in over a decade, the U.S. Congress is close to passing the Customs Trade Facilitation and Enforcement Act of 2012—known as the customs reauthorization bill—which would pave the way for reforms in facilitation, transparency and risk assessment. Currently, many of the information technology (IT) systems used by the 43 agencies that regulate trade in the U.S. are antiquated and disjointed. Many traders have to present the same data to multiple agencies, quickly convoluting a supply chain as traders wait for the “all clear” from across all departments. The traders, along with partners within U.S. Custom and Border Protection (CBP), successfully convinced Congress that there needs to be “single window” customs environment to evaluate all cargo for greater transparency.

Likewise, CBP officials convinced congress to consider “trusted or certified shipper" programs—much like the “trusted traveler” programs that exist in the passenger world—thus reducing the amount of time and resources that need to be allocated to risk assessment. Such programs would directly benefit companies with clean shipping records by reducing the amount of time required to process their goods at the border and also translate to cost savings for both regulators and shippers.

To centralize the evaluation of cargo along certain industry and commercial lines, CBP installed Centers of Excellence and Expertise (CEEs) across the country over the last two years. Thanks to the success of the CEEs, Congress now considers expanding the program to other industries to ensure that foreign producers and exporters know that the U.S. market is open to them.

The reality within the international trading community is that companies and shippers will do business where they meet the least resistance for the introduction of their products and services. The reduction of trade transaction costs boosts the profitably of businesses, allowing markets and employment to grow. Countries that lagged behind in opening their markets or instituting customs reforms no doubt will find themselves lagging in the competitive race to showcase their domestic products. To address this, the U.S. and its trade allies take steps to improve trade facilitation through bilateral and multilateral free trade agreements (FTAs).

The U.S. initiated discussions centered on FTAs with the European Union and the Trans Pacific Partnership (TPP). The pending negotiations for a U.S. agreement with the TPP could be the most promising opportunity to gain access to the emerging economic markets in the Asia Pacific area and boost competitiveness in the region.

In the area of trade facilitation, TPP took a comprehensive approach to analyzing the bottle necks of supply chains. For example, TPP negotiators look at trade barriers within supply chains that affect goods flows from where a product is produced to where it is imported, sold and how it is ultimately used by consumers. Key to this analysis is reducing barriers at borders, including expediting low-value shipments; providing for greater pre-clearance and greater transparency; and providing opportunities for trade capacity building programs.

The agreement also seeks to address impediments to the growth of service industries in the Asian-Pacific marketplace, particularly for companies that compete with state-owned enterprises and existing domestic monopolies. Interestingly enough, it was the potential benefits that emerged from the TPP discussions that warranted the U.S. to aggressively seek an agreement with their largest trading partner—the European Union (EU).

The U.S. trade relationship with the 27 countries within the European Union could be the largest trade relationship in the world. However, impediments remain. Today, many European goods shipped by trusted traders are still held at U.S. borders. Additionally, many U.S. companies do not have full access to European markets.

There is a growing movement to establish a more harmonized trade relationship between the EU countries and the U.S. to allow companies to conduct business in mirrored regulatory regimes; and reduce importing and exporting red tape that currently makes cross-border trading difficult and costly.

According to the Organisation for Economic Co-operation and Development (OECD), border-related costs could total as much as 15 percent of the value of the goods being traded. Given this reality, there is growing pressure within the World Trade Organization (WTO) and many countries to develop a multi-country trade facilitation agreement, which would address supply chain issues such as expedited clearance; customs broker management; pre-arrival processing; and risk management. The benefits could improve global supply chains by making it simpler to collect, process and communicate trade data that is required for importation and exportation. While the larger economies greatly support this effort, there is still concern by developing countries that the potential mandates included in such an agreement would hold them responsible for implementing improvements their governments may not be able to deliver.

The evidence exists to justify these reforms. But there is still the need to steer the political conversation on transforming trade facilitation from an intangible idea toward an actionable agenda item under the umbrella of economic stimulus.

Dr. Eugene Laney has 20 years of experience in public and governmental affairs. In his current role as Vice President of International Trade Affairs for DHL Express USA, he ensures corporate compliance with regulatory requirements and tracks international trade and cargo security issues for the global market leader in the express and logistics industry.