A blend of price, taxation and contracting make the fuel supply chain a risky business 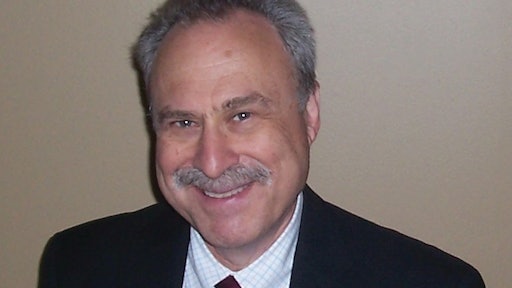 Fuel touches all of us. So does its volatility—and not just its physical properties. It’s volatile in price, in tax rates and in contracting.

“We’ve seen businesses stop offering services, or cut back on offerings because they can’t manage fuel costs,” says Matt Tormollen, President and CEO of FuelQuest, a Houston-based provider of on-demand fuel management systems and outsourcing services. “Ultimately, when fuel prices go beyond a certain point, even state and local governments cut back on critical services such as police patrols or school busing.”

In 2008, for example, Garden City, Mich., schools eliminated Saturday transportation for extracurricular activities. In Nash-Rocky Mount public schools in Nashville, N.C., fund-raising was required if busses were used to transport students to any non-competitive events. And a Maryland school board authorized the superintendent to expand how far students will walk to school or a bus stop if gas prices created what the board called, “exigent circumstances.”

What else? Americans will spend about $700 more this year on gas than they did in 2010, according to an Energy Department report earlier this year. In March, airline fares were up 15 percent over the previous years and Carnival Cruises announced lower earnings because of rising fuel prices, so vacations become more expensive.

Here’s a quick sketch of how the fuel supply chain works: The refiner receives oil and produces gasoline, diesel and other petroleum products. Traders then buy and sell the fuel in bulk. The bulk fuel then moves over the pipeline, on barges, or via other transportation modes to where fuel suppliers store it in large, above-ground tanks. From there, distributors transport the fuel to retailers or consumers (for example, fleet companies).

Now, let’s take a look at what has happened to fuel prices and volatility. In the last five years, fuel prices have increased 10-fold. In that rise, prices have fluctuated greatly. And it’s not just the price of crude changing daily.

“There are more intra-day price changes than ever,” Tormollen says. “Fifteen years ago change was once a day, or every other day. There was stability. Now, you may see opportunities for price to change five or 10 times a day. And that could be as high as 10 or 20 cents, depending on the market.

“This is a supply chain unlike any other,” he adds. “You have buyers, sellers and intermediaries between the pipelines. What often happens is that there are many suppliers at different terminals in geographic locations where the pipeline terminates into bulk storage. Suppliers advertise prices at those terminals. Like any other buyer or seller, if they see changes they can move prices to their advantage.”

The next element of complexity that adds to the explosiveness of fuel costs is contracting. There are multiple price indices that are followed: issued by Gaithersburg, Md.-based Oil Price Information Service (OPIS), New York-based Platts and London-based Argus to name three major players.

“In these contracts, buyers will procure fuel based on things like close [prices] midday, and have more options in the way they can estimate contracts. The complexity is exponential,” said Tormollen.

From each provider there are multiple price feeds, which take into account a number of variables to calculate price. These variables include times of the day, contracting terms (prompt-payment discounts), types of feeds (branded or unbranded fuel prices), and calculation methodologies (averaging a whole day’s worth of trading activity or just the last part of the day).

Pricing is critical in a fuel market characterized by significant volatility.  To combat this volatility, savvy fuel buyers employ a strategy of balancing the various types of indices – either by using one provider with multiple feeds or multiple providers with one type of feed.  For example, some price indices are based on the previous day and some on the same day.  By mixing the two types, the fuel buyer, assuming he has a sophisticated fuel management process, can mitigate the effects of day-to-day volatility.  Likewise, by choosing contracts based on indices with different times of day for posting (for example, 10 a.m. vs. 6 p.m.) and different methodologies (all-day vs. closing vs. last part of trading day), the fuel buyer can mollify the impacts of intraday pricing.

“As with any expensive asset, reducing buying risk through a diverse portfolio of supply options is an important fuel strategy,” adds Ryan Mossman, VP and General Manager Fuel Services at FuelQuest. “If done well, fuel buyers can actually turn price volatility into a competitive advantage. This holds true all the way down to the pump, where price is the single most important factor in where consumers decide to buy fuel.”

Finally, there’s perhaps the most complex issue of all: taxes. There was a 400 percent increase from 2009 to 2010 in the number of motor fuel excise tax changes. So far this year, there have been over 1,800 changes at the local, state and federal levels. And, because of multiple participants in the supply chain, it’s not a consistently calculated tax or invoice payment.

“Cook County, IL (Chicago and surrounding suburbs) has its own motor fuel taxes separate from Illinois,” Tormollen says. “Muscle Shoals, Ala., [has a tax rate] different than the state. Where it gets tricky is, it’s not like sales tax. You pay 8.5 percent on a Snickers bar, but motor fuels are excise taxes so they’re at point of order. If the source products it in Mississippi and drops it in Muscle Shoals, what are the tax implications, and who do you pay?”

“Our rough estimates based on tens of thousands of reconciliations monthly is that five to seven percent of invoices are wrong at some level, either related to taxation or freight charges,” Tormollen explains.

"The business problems can be enormous. Auto parts stores, truckers, manufacturing, distribution are all touched by fuel. In fact, for businesses in those arenas fuel costs are typically 25 to 35 percent of operating expenses," Tormollen says.

“What do we recommend?” says Tormollen. “First and foremost, security of your supply, because the main thing is the fuel in the tanks to keep your business going. Second, aggregate buying power by centralized procurement. Time and time again, organizations decentralize procurement of fuel down to the distributor level, letting them make decisions on who provides the fuel. What will happen? He’ll take the path of least resistance, and that will be the worst option economically. That 3PL company is incentivized to optimize its property (the trucks) and because it owns the fuel, it will be marked up. He’ll keep your tanks full, but you’ll be paying more for freight and delivery on top of fuel. And you won’t be optimizing your fuel.”

Finally, look at price protection options for a certain percentage of fuel. “Do I want to look at financial options related to a fixed price? Within certain boundaries, given the volatility, you want to capitalize daily. You would never recover putting all the fuel on a fixed-price option.”

AP Automation: The Key to Long-Term Financial Health in the Supply Chain

AP automation helps payment professionals get out of reactive mode and get back valuable time to focus on the important stuff -- optimizing cash flow at the heart of every business.
ABBYY
May 11, 2021

Hubs aims to expand its global network of manufacturing partners, complementing its service offering to that of Protolabs’ in-house facilities.
Hubs
May 10, 2021

To get out of a "sourcing rut" of limited options, procurement pioneers can set their teams up for success with the right tech and a roadmap with incremental steps.
Keelvar Systems Ltd.
May 7, 2021

As organizations focus on supply chain responsiveness, omnichannel support is a key strategic concern.
APQC
May 6, 2021

How to Achieve a Zero-Touch Accounts Payable Process

With investment in digital tools, expert procurement advice and smart invoicing, any company can survive rough chapters of global business and begin improving toward a more successful and uninterrupted future.
Proactis Inc.
May 4, 2021

By modernizing America’s supply chains, we can create resilience and agility to help companies overcome even the most severe of future disruptions and ensure a steady flow of goods.
Fictiv
May 1, 2021

Why the Semiconductor Industry Must Embrace 3D Printing

There is a tremendous opportunity for additive manufacturing to help overcome the semiconductor shortage, and once again, strengthen supply chains.
3D Systems
April 30, 2021

Establish a dedicated supply chain War Room Team to track suppliers from Tier 1 through Tier N as defined by their risk profile.
Seraph
April 30, 2021
Follow Us