What To Do With Really Dumb Laws 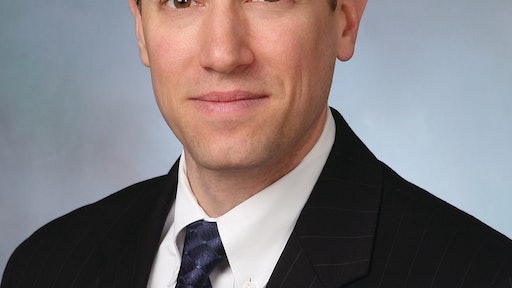 Schoolchildren in the United States generally learn this lesson about the U.S. government:  the legislative branch (Congress) enacts laws, and the executive branch (the President and numerous subordinate agencies) enforces those laws.

But the schoolhouse curriculum usually does not address what happens when Congress enacts really dumb laws – so dumb that there is no practical way to enforce them.

Fortunately for those who wonder about such things, in the summer of 2007, Congress enacted two supply chain security laws now widely considered to be pure folly.  One of those laws addresses maritime cargo, and the other air cargo.  The outcome for maritime cargo is settled, but not so for air cargo.

The maritime law requires 100 percent “scanning” – imaging and radiation detection – of all cargo before it leaves a foreign port for the United States.  With over 700 ports shipping millions of containers to the United States, and with the U.S. government lacking both the technology capable of mass “scanning,” and direct control over any of the 700-plus ports in question, this law was a dead letter from the outset.

The Department of Homeland Security, which was responsible for implementation, tried for several years to work with a few foreign governments on “100 percent scanning” programs.  But these efforts just confirmed the impossibility of enforcing the law.

Knowing that maritime security was important, though, the Department took a different approach.  It decided to increase the amount of information that importers and others must provide to the Department about each piece of maritime cargo.  With this information – data points such as the location the cargo container was filled, the sender, the recipient, the declared contents, etc. – the Department assesses for each cargo container the risk that it has dangerous or illicit goods.  Then, for high risk cargo, additional security measures – sometimes including imaging or radiation detection – are utilized.

The Department, in other words, decided not to pursue a fool’s errand by trying to implement the law as written.  Rather, the Department read the law as a statement about the need to increase maritime security, and it did so not by implementing the literal provisions of the law but by collecting information that would highlight security risks, and then focusing on those risks.  Commentators and even members of Congress have applauded the Department’s risk-based approach to maritime security in place of the impractical 100 percent scanning requirement.

It is an approach that warrants repetition.

There is an analogous requirement to “screen” 100 percent of air cargo on passenger planes.  In the air cargo context, “screening” means physical examination of every package via x-ray, explosive trace detection, manual inspection, or other prescribed methods.  Notwithstanding the impracticality of 100 percent screening, the Department has tried to hew more closely to this law – demonstrating admirable problem-solving capabilities, energy, and commitment to carrying out the will of Congress – and the result has been a mess and a waste.

The Department quickly determined that, in the near term, it could not enforce 100 percent screening for cargo flying into the United States. The “inbound cargo” problem is acute because the Department lacks resources at and authority over, foreign airports.  But cargo flying within and from the United States – domestic air cargo – was a different story.  To demonstrate that it had learned the classroom lesson that the executive branch must enforce the laws that Congress enacts, the Department was determined to accomplish 100 percent screening for domestic passenger air cargo.

Creative Department personnel realized that they could enlist the help of U.S. businesses by certifying them to screen cargo before the cargo arrives at airports.  These private sector screeners are force multipliers for the government – the government certifies and regulates the screeners, and each private sector screener can screen hundreds or thousands of packages per day.

And then, on Oct. 29, 2010, al-Qaeda plotters sent from Yemen two bombs in air cargo destined for the United States.  That inbound cargo, of course, was not subject to the 100 percent screening regime.

So the Department now is inching toward a risk-based approach to air cargo screening, akin to the approach used in the maritime environment.  This move should be accelerated:  the Department would be best served if in both the air and maritime environments it collects data about cargo and subjects the high-risk cargo to special security measures, rather than trying to treat all cargo equally.  There is no reason to give the same level of scrutiny to all cargo from Wichita and all cargo from Yemen – the two sets of cargo don’t warrant the same level of resources, and trying to apply “100 percent” rules is simply not practical.

So what should be added to the classroom lesson:  “the legislature enacts and the executive branch enforces?”  Perhaps the addendum is this:  when Congress passes really dumb laws, dumb in the sense that they cannot be enforced, we need an executive branch that sees these laws as aspirational – statements about issues that warrant attention – rather than mandates to be implemented literally.

The Department successfully followed that route with regard to maritime cargo and should quickly do the same with regard to air cargo.  But that move is being slowed by the Department’s continuing fixation on its supposed duty to implement literally an impractical law.  Department personnel would be better off if they had not listened so well back in school.