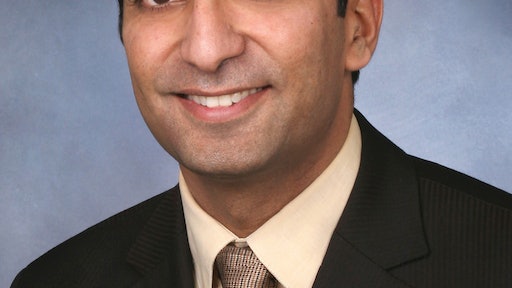 The federal government purchases over $500 billion annually, making it the world's largest customer. That staggering amount grew from a "mere" $200 billion in 2001, when government went on a buying binge. Now with fiscal and budget pressures, government spending will undoubtedly decline. But beyond spending cuts, government has a huge opportunity to reduce waste and drive improvements into the way it purchases. President Obama has recognized this, pointing out, "We are spending money on things that we don't need, and we're paying more than we need to pay."

Consider one example from my report, "A $400 Billion Opportunity," written for the Center for American Progress (CAP): "More than 400 active information technology projects, representing more than $25 billion in spending, were poorly planned or poorly performing, according to the Government Accountability Office. Some of the projects had been delayed for more than a decade and cost billions more than originally budgeted."

Based on analysis for the report, the federal government can save anywhere from $25 billion to $54 billion a year, or roughly $400 billion over 10 years. This is not a small amount, and it could go towards reducing the federal deficit. To be sure, policy makers have recognized the problem and have made reducing waste a priority. And there seems to be some progress, with procurement spending actually declining under the Obama Administration over the last year

However, getting to the bigger savings numbers won't be easy. Unlike the private sector, where top-down directives can be implemented and employees can be incentivized to cut costs, the government faces a number of challenges in getting to the full savings potential.

For one, procurement is relegated to a lower-tier function, much like it was in the private sector three decades ago. Procurement professionals, however skilled and motivated they are, don't control budgets or have the power to make things happen on a large scale. While many procurement cost cutting initiatives are underway, they all fall under the domain of this too-often overlooked function.

Another key challenge is the decentralized organization and funding structure of federal agencies. Most federal agencies are funded by Congress through a convoluted and political decision-making process. "Appropriated" dollars are typically marked with specifics on how they should be spent, leaving agency leaders and managers little control over shifting resources to their most productive uses. As a result, centralization or at least ability to move funds is extremely challenging, albeit not impossible. It requires the top leadership to commit and work actively with Congress to make change happen.

Perhaps the most important challenge is the way the procurement workforce is structured, organized primarily by process (e.g., purchases under $100,000) rather than by categories of goods and services (e.g., IT, Professional Services). This structure has profound implications, from the primary focus of training and development on learning the Federal Acquisition Regulations, to lack of expertise related to the goods and services an agency purchases. While some agencies have started establishing "portfolio managers," many still do not have the power to drive change.

So what can be done? The CAP paper laid out suggestions that can be implemented NOW, so that government agencies can start to save immediately.

These actions can place procurement reform in the spotlight now and show that the federal government means what it says. Over the longer term, more extensive changes will be required to address the underlying problems and truly transform procurement. These changes include:

Washington may be locked in policy fights over taxes and how quickly to shrink the federal budget deficit, but no one disputes the principle that each dollar collected from a taxpayer should be put to good use. With less of these dollars to go around and a growing demand for government services, wringing the waste out of the federal government's $500 billion annual procurement budget is more critical today than ever.

Raj Sharma is founder and CEO of Censeo Consulting Group. He is recognized as a thought leader in supply chain management and procurement, especially within defense and federal government environment. He is also the president of the Federal Acquisition Innovation and Reform Institute (FAIR) and serves as a fellow at the Center for American Progress, where he is focused on improving performance and driving efficiencies across government operations.