The inside story of how Schneider Electric USA reduced invoice processing errors, accelerated cycle times and achieved hundreds of thousands of dollars in savings

Many global organizations are faced with the prospect of finding ways to reduce costs and implement efficient practices across multiple operations. My organization is no different. Schneider Electric USA Inc., a subsidiary of France-based Schneider Electric, one of the world's largest energy management organizations with operations in more than 100 countries, 114,000 employees and more than $23 billion in annual revenue, began 2008 by investigating how we could get out from under the burden of manually processing hundreds of thousands of paper invoices while using two legacy accounting systems.

At the time, we were processing 650,000 invoices at three Accounts Payable locations. Paper-based invoices accounted for 90 percent (585,000) of all invoices the U.S. operation received. Because of that volume, we needed to significantly improve the invoice-to-pay process since manually handling such a huge volume of paper eventually led to errors and in turn wasted valuable time and resources. If dealing with that amount of paper wasn't enough of a challenge, each of our North American Accounts Payable centers utilized up to two different legacy accounting systems and multiple vendor master files. This resulted in some inconsistency and ultimately a desire to become more efficient in this area.

Although Schneider is in the process of implementing SAP for our accounting systems, the transition was still two years away. We were stuck with the legacy systems for the time being, but the Accounts Payable department had process improvement goals that couldn't wait years to achieve. Schneider Electric had already optimized payment processing, and so the focus was on optimizing invoice processing and streamlining the process, reducing paper handling and associated labor costs, reducing processing and payment errors, and enabling the growth of a shared services operation without adding new staff. We wanted to address these issues as quickly as possible but had to do so in a way that would enable us to integrate seamlessly with a new SAP environment.

Our investigative team started with the assumption that we were limited to three options in pursuing our goals: outsourcing, OCR and EDI.

While the economics of an outsourcing approach might make sense, we didn't want to hand off control of the invoice-to-pay processing to a third party (and lose control over that aspect of the supplier relationship). We also didn't favor the OCR option because the results of previous projects had been mixed, and even after a substantial initial capital investment, paper would still be part of the process. We dismissed the EDI option based on the results of an earlier EDI initiative. Conceptually, EDI was an appealing option but after three years and the implementation of only 10 suppliers, we realized the setup costs were too high with no discernable return on investment. In addition, it still wouldn't enable Schneider Electric to significantly reduce the paper associated with the Accounts Payable operation. We believed there had to be a better approach.

While researching OCR and imaging, we were introduced to the concept of electronic invoicing. What we discovered was that e-invoicing could provide fast, low-cost implementations for both Schneider Electric and its suppliers; eliminate paper from the process once and for all; and enable Schneider to lower its operating costs while retaining full control over the process and the supplier relationship.

Having established that e-invoicing offers the best approach for improving the invoice-to-pay process, we constructed a request for proposal that would allow us to evaluate all e-invoicing options and compare the benefits that each provider could bring.

We understood there were two distinct components required for a successful e-invoicing initiative: the technical and the supplier enablement services. When evaluating options, it is critical to consider all of the capabilities and all the costs for each option being considered.

The answer for Schneider Electric was e-invoicing powered by OB10. In addition to meeting the core requirement of eliminating paper, we identified a number of benefits indicative of the OB10 solution, three that were primary. First, OB10 worked with any variety of existing accounting systems used by Schneider and our suppliers. Second, supplier enrollment would be managed by OB10 and could be implemented globally. Third, OB10 e-Invoicing is tax compliant in the E.U., enabling other Schneider Electric operations to utilize OB10.

With OB10 e-Invoicing, Schneider Electric has experienced fewer errors, faster cycle time and a higher percentage of invoices processed straight through without requiring any manual intervention. OB10's pre-delivery validation also transfers the burden of resolving errors from Accounts Payable to the supplier responsible for the error.

In addition to focusing on enrolling more of our smaller suppliers, we will be rolling out the OB10 service globally in 2010, allowing us to use any of OB10's services for any of our divisions or entities anywhere OB10 operates. Additionally, we are embedding the OB10 e-Invoice service within our supplier sourcing process, operationalizing e-invoicing to prevent any regression to paper invoices. ¦

About the Author: Pam Carper is manager of disbursements within the Finance & Control Legal Affairs division at Schneider Electric USA Inc. She can be reached at pam.carper@us.schneider-electric.com. 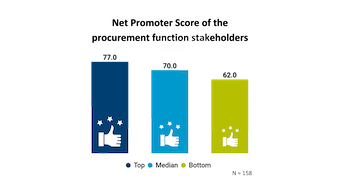