By overcoming challenges in A/P automation, companies can increase accuracy, save time and money, and gain control over finances 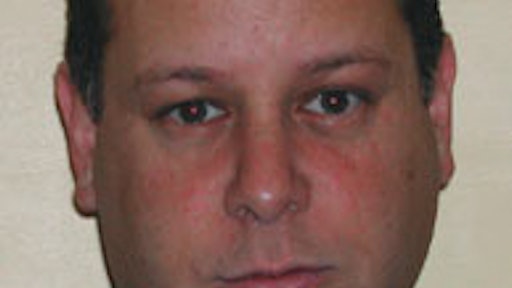 Companies are paying renewed attention to spend, cash flow and working capital in today's economic climate. Much of the information about how and where they are spending their money and details on their outstanding liabilities reside in the Accounts Payable (A/P) department. In A/P, companies can not only see what they are actually spending, but they can also identify potential opportunities for cost savings.

But what if A/P processes are inefficient and the information is inaccurate or out-of-date? Under those circumstances, it's very difficult for management to really see what's going on. Unfortunately, that is how many businesses are operating today.

Despite the many benefits organizations can gain from A/P automation, many are still finding themselves stuck in "old world" processes, where paper invoices are handled entirely manually in paper format or are scanned and processed manually. Even though many companies are interested in moving to the "new world" of e-invoicing and process automation – where they can have large volumes of invoices passing straight through their systems without any human intervention – statistics suggest that this "new world" is far from the current reality.

The first step in an automated A/P workflow is e-invoicing – the electronic exchange of invoices between supplier and buyer – and a key area of interest for organizations. A recently released survey, "e-Invoicing: The Buyer A/P Perspective,"1 conducted by IAPP-TAWPI2 and sponsored by my company, Basware, found that 80 percent of companies recognized the importance of e-invoicing to their organizations. They cited improved processes, increased accuracy and lower costs as the leading reasons to pursue e-invoicing. Eliminating paper and speeding up transactions were also important considerations.

Despite their interest, the reality is that many companies are still in the early stages when it comes to e-invoicing, and business payments and invoices continue to remain largely paper-centric. According to the survey:

The report uncovered key barriers that are impeding broader adoption of e-invoicing, including insufficient business system capabilities of buyers or their suppliers, resistance from suppliers, inadequate funding, and the need to overcome the learning curve.

To overcome resistance, savvy companies are collaborating with suppliers to get them onboard with e-invoicing adoption. A key best practice is to ensure that suppliers see the added value that e-invoicing provides them, such as increased invoice accuracy and faster payment. While some companies are making it mandatory for their suppliers to submit e-invoices, it is important that they make sure the process is easy and convenient to encourage supplier participation.

Other invoice workflow processes are similarly lacking the level of automation needed for Finance departments to function properly. A related Basware survey, "Lost in Transaction,"3 studied 550 Accounts Payable departments around the world, and found that weaknesses in A/P processes are costing companies money.

According to the study, more than one-third of companies surveyed had not paid suppliers on time due to invoice and cross-departmental errors. In the previous 12 months, 30 percent of the companies missed early payment discounts, while 27 percent incurred late payment fees.

A majority of A/P departments indicated that invoice processing could be sped up, and more than half thought it could be more accurate. According to the survey results, human errors, by both the A/P and Procurement departments, are the biggest cause of accounts payable errors, yet many are still bound to manual processes. More than one-third still handle invoices manually or through a spreadsheet.

A majority of the companies in the "Lost in Transaction" study believe that moving toward higher levels of automation will improve profitability, and think that A/P automation is a reliable method for reducing payment and accounting errors.

Another factor identified by one-quarter of the companies as a contributor to financial errors is the lack of communications between the A/P and Procurement departments. If these departments can integrate processes and systems, they can have full visibility and efficiently share knowledge and resources online. Increased collaboration and integration not only brings greater communication, but it also enables companies to reduce errors and more effectively manage finances.

Finance departments need to have dynamic and flexible processes to effectively manage the constant flow of cash through an organization. Against this backdrop, A/P automation should be regarded as an ongoing evolutionary investment that will help companies increase accuracy, save time and money, and give them control over finances, especially now when, more than ever, cash is king.