While currently depending on the Taiwan producer, the U.S. is taking steps to stop relying on international chip manufacturing. 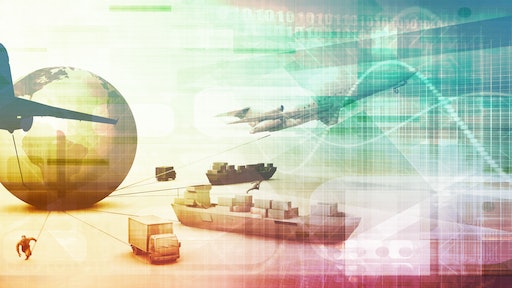 Taiwan Semiconductor Manufacturing Company Limited (TSMC) dominates the global supply of computer chips, “the heart of all high-tech,” according to Fareed Zakaria, who discussed this during an interview with TSMC Chairman Mark Liu. The company’s chips are installed in most global technologies including computers, cell phones and other smart devices, automation systems, and vehicles, to name a few. TSMC, according the Zakaria interview, is the most valuable company in Asia and the tenth most valuable company in the world.

During the interview with Zakaria on CNN’s GPS, TSMC's Liu talked about his company’s chip production. He detailed why its chips cannot be duplicated and the reason the company continues to dominate the industry. A feared “forceful attack” from China on Taiwan could leave the world with an extreme shortage of semiconductors for technology.

TSMC’s chips are as valuable to China as the rest of the world, though. Zakaria asked if that fact would deter an attack or make China more likely to invade to have total control of the manufacturing process. Liu stated that nobody can control TSMC by force. An attack would cause the company’s factory to be inoperable.

Perhaps, this dynamic was the reason that TSMC chose to build a new manufacturing facility in the U.S.

According to a Bloomberg opinion piece by Tim Culpan, TSMC Chairman Mark Liu and founder Morris Chang met with Nancy Pelosi during her (controversial for China) visit to Taiwan. The company has also chosen to build a new $12-billion manufacturing facility in Arizona. These moves indicate that perhaps TSMC is choosing to side with the U.S. instead of China.

“As much as TSMC might want to claim that it was a mere courtesy to see a visiting dignitary, the Communist government across the Taiwan Strait surely won’t see it that way,” Culpan said in the article.

China has sanctioned many products entering China from Taiwan. However, chips are not one of them. China has not sanctioned them because they need them. Even with much money invested in chip manufacturing, China “still trails Taiwan and the U.S. in chipmaking,” the article said.

The CHIPS and Science Act

While a plant in the U.S. is a positive, the U.S. must ensure that a chip supply shortage is avoided in the future. To that end, in July 2022, Congress passed the CHIPS and Science Act of 2022, which invested in the domestic manufacturing, research and design of chips. The act was signed by President Joe Biden on August 9, 2022.

According to a recent article from the Semiconductor Industry Association (SIA), the goal was to bring chip production to the U.S. to strengthen the economy and national security and reinforce America’s chip supply chains. The act includes:

A statement from Secretary of State Antony Blinkin applauded the establishment of this act. According to the statement, “The legislation is an important step to further prepare our economy for the 21st century and strengthen our regional supply chain diplomacy, including through the U.S.-EU Trade and Technology Council, the Indo-Pacific Economic Framework, and the Americas Partnership for Economic Prosperity.”

This act will also ensure the U.S. maintains and advances its scientific and technological edge, according to a fact sheet from the White House. While currently depending on the Taiwan producer, the U.S. is taking steps to stop relying on international chip manufacturing.