Lack of skilled engineers to install and maintain the 5G network is restricting the market growth. 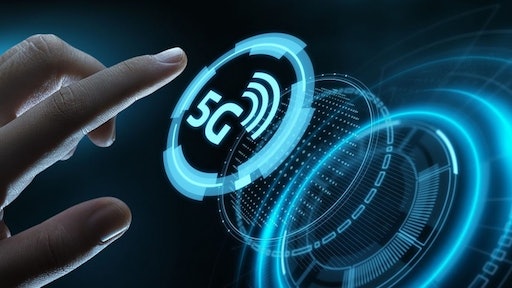 According to Stratistics MRC, the Global 5G Technology Market is accounted for $33.67 billion in 2017 and is expected to reach $3482.89 billion by 2026 growing at a CAGR of 67.44% during the forecast period. Some of the key factors influencing the market growth include Rapid growing demand for high internet speed in order to get real time response, increasing demand for broadband services over mobile networks. However, lack of skilled engineers to install and maintain the 5G network is restricting the market growth.

5G technology is projected to have a massive impact on next-gen infrastructures. It is likely to play an important role in powering future cities, industries, transport, homes, etc. The high-performance network capacity of 5G technology is prompting service providers and telecom operators to invest in the technology. 5G connectivity is going to provide better speeds and coverage than other connectivity. The technology operates with a 5 GHz signal and offers a speed up to 1GB per second.

How Data and Analytics Drive a Connected Supply Chain

Rebates are powerful tools for supply chain integration because they align companies’ goals, increase accountability and transparency and ensure that suppliers and distributors have compelling reasons to maintain their relationships.
Enable
June 18, 2021

Interstate Batteries implemented Roambee's real-time demand-signal solution to its 250-plus distributors and more than 250,000-plus dealer locations, upgrading its fulfillment logistics to a demand-based dynamic model.
Roambee
June 18, 2021

From the manufacturing facility to the warehouse to the store and to the end customer, mobile solutions can help companies control their operations in a more efficient and connected manner.
Panasonic
June 18, 2021

Multiple service offerings including fulfillment, shipping under Radial’s enterprise negotiated rates with the most reliable carriers and returns management, among others.
Radial
June 16, 2021

65% of Consumers Willing to Pay More for Faster Deliveries

Consumers are also willing to embrace new technology, as 45% said they are open to seeing drones used for last-mile delivery options.
Omnitracs
June 16, 2021

Register
2020 is in the rearview mirror but left in its wake is the tremendous fallout relevant to supply chain risk and mitigation. It's time to review the lessons learned and reinforce our foundations to mitigate further disruption
Synovos

Why Having the Right Data is Key to Achieving Industry 4.0

From reducing errors to predicting trends, big data's role in Industry 4.0 is integral, and quite simply, non-negotiable.
ThinkIQ
June 15, 2021

Transforming the Forestry Supply Chain with Optimization and AI

Outperforming the Competition in an Era of Disruption

Utilization of strategic control points and aligned incentives — in concert — can provide unique competitive advantages for you and your organization.
Dr. William Putsis
June 12, 2021