IoT Security is Top of Mind for Both Users and Providers: Report

A report from the Internet of Things World has revealed that most users and providers are concerned with security more than anything else in the short term. 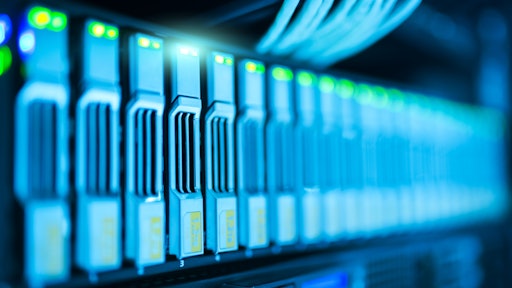 Internet of Things World released findings from its latest survey done in partnership with Omdia (formerly Ovum). The survey of 170 IoT industry leaders, from both IoT technology providers and enterprise users, found that an overwhelming majority (85%) believe that security concerns remain a major barrier to IoT adoption. In fact, 64% of respondents stated that end-to-end IoT security is their top short-term priority, surpassing edge compute (55%), AI/machine learning (50%) and 5G deployments (28%).

End users reported using three to four different IoT security methods on average, underlining the complexity they face in protecting their IoT deployments and data as well as their existing communications networks. The three most common methods offered by providers and employed by enterprises to ensure security included: end-to-end data encryption (60%), regular firmware and software update policies (54%), and checking on the physical security of devices (44%).

“Enterprises and providers must work together to prioritize and support IoT security requirements,” said Alexandra Rehak, Internet of Things practice head at Omdia. “Providers need to make sure IoT security solutions are simple and can be easily understood and integrated. Given how high a priority this is for enterprise end users, providers also need to do more to educate customers as well as providing technology solutions, to help ensure IoT security is not a barrier for adoption.”

When it comes to the medium- to long-term focus for IoT industry leaders, 81% agreed that 5G would “transform” the industry. The top two benefits from 5G deployment are expected to be the ability to manage a massive number of IoT devices (67%) and the ability to achieve ultra-low latency (60%), allowing businesses to be even more agile.

“COVID-19 is expected to impact IoT in 2020,” commented Zach Butler, director, IoT World. “Despite this, Omdia forecasts potential in some segments including connected health, as innovators use IoT technologies to tackle some of the pressing crises of the moment. Long-term, there is little doubt that 5G will change the face of IoT, particularly in the automotive and manufacturing sectors. Right now, however, the focus is on laying the groundwork to take full advantage of it. For enterprises, that means shoring up their security and implementing their AI and edge technologies.”

The survey also found that:

Avnet and Microsoft Azure Sphere: IoT Security in Hardware, Software and at the Edge