Many organizations lack transparency in their supply chains, though firms identified as more successful are nearly twice as likely to be effective at evaluating suppliers. 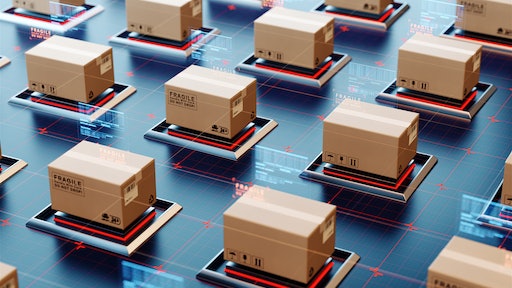 A study released by Harvard Business Review Analytic Services (HBRAS), commissioned by Basware, identifies a clear link between commercial success and the visibility of supplier practices. As well as placing importance on ethical considerations, the most common factors for evaluating suppliers remain economic. For example, 60% of respondents cite “value for money” and 54% call out “cost savings” as their top criteria. Firms identified as more successful are nearly twice as likely to be effective at evaluating suppliers.

Nine in 10 of the 779 business executives interviewed for the “Using Transparency to Enhance Reputation and Manage Business Risk” report believe a culture of transparency is essential to increase employee engagement and simplify processes. The majority (59%) expect their finance and accounting arms to drive that culture of transparency, with a third (36%) attributing operational savings in excess of 10% to visible commerce. Nearly 40% of firms are keen to do more to ensure ethical best practice amongst suppliers.

“That so many organizations lack the ability to effectively monitor who they do business with is a significant cause for concern. Chief executives are right to be worried about the reputational and commercial implications of blindspots across their supply chain. This report finds that visibility of the flow of money, goods and services is a defining characteristic of successful businesses. This means taking responsibility for not only the quality of goods and services, but also the manner in which they are produced. We define this as visible commerce - having full transparency, which allows you to make better, more responsible decisions,” says Klaus Andersen, chief executive of Basware.

Many organizations lack transparency in their supply chains with the majority of those surveyed (60%) warning that poor visibility of who they do business with is a significant source of risk. Nearly a quarter (24%) admit they fail to effectively evaluate supplier business practices, with 45% citing manual processes that lead to incomplete data entry as a key cause.

While executives identify the finance and accounting arms of their enterprises as key to transparency, they cite technical, organizational, and cultural barriers to fully realizing the benefits of that openness. In fact, 44% say they lack the tools and technology to evaluate and monitor their suppliers. Alarmingly, nearly a quarter (23%) of respondents said that none of their suppliers are electronically connected to their purchase-to pay-system.

Forty-seven percent of the 779 survey respondents interviewed in October 2019 were from North America, 25% from Europe, 15% from Asia, and 13% from the rest of the world. They represented senior-level executives from companies primarily in the middle market. Thirty percent report less than $100 million in revenue, and 16% report revenue of more than $10 billion.

Mercedes-Benz to Test Blockchain to Provide Transparency on CO2 Emissions