Automation has been steadily added to warehouses across the country as it has been proven to move customer orders in a faster, more efficient way. 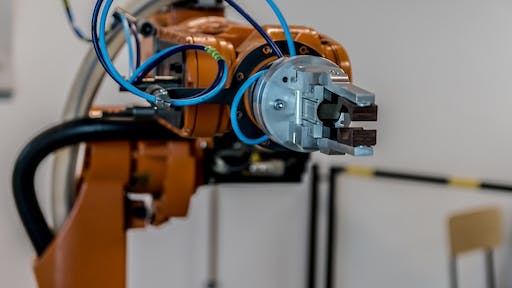 Automation has been steadily added to warehouses across the country as it has been proven to move customer orders in a faster, more efficient way.

Big-name companies like Amazon and Walmart having been adding robots to its warehouses and stores. According to Fast Company, automated carts will soon shuttle components of Walmart's online grocery orders from an attached warehouse to be packaged by human workers. Adding to that, autonomous scrubbers are set to clean floors in 360 Walmart stores by the end of January and the retailer will also have machines rolling through store aisles to track inventory and spot misshelved goods.

Critics are saying that this is the most exciting time for retail as emerging technology is at a point where it can actually deliver on the vision technically and economically, Fast Company  reports.

While automation can help stores get goods to customers more efficiently. However, some critics fear robots will take jobs away from people.

"Make no mistake, Walmart's move to autonomous floor cleaners is not about better serving customers and workers," the United Food and Commercial Workers International Union's Making Change at Walmart project in a statement. "This latest job-killing venture has the potential to destroy over 5,000 maintenance jobs in the U.S. if it is implemented in every Walmart store."

However, both Walmart and Amazon have said that automation will help create jobs, not replace human workers. Fast Company reports that robots are allowing employees to focus on tasks that machines can't do. Adding to that, automating more unpleasant part of tasks can potentially improve job morale and reduce turnover.

Still, transitioning to automated warehouses can be tough for employees. A McKinsey report on workplace automation warned that it will be essential to ensure people have access to training to let them quickly move into those new occupations.