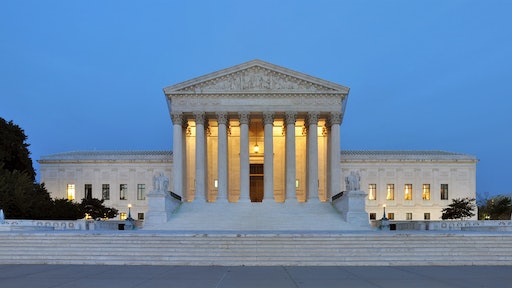 South Dakota is taking on e-commerce businesses in a showdown at the U.S. Supreme Court. Justices will determine whether states can force out-of-state online retailers to collect sales taxes even if it doesn't have a physical presence in the state.

The state is asking to overturn a 1992 Supreme Court precedent that states cannot require retailers to collect state sales taxes on purchases unless they have a physical presence in the state. So far the Trump administration has supported South Dakota's fight.

If the Supreme Court backs South Dakota, it could help brick-and-mortar retailers compete with online rivals

The justices will hear arguments in the case in an atmosphere where the President has been publicly criticizing Amazon on social media. Trump has projected that Amazon doesn't pay its fair share in taxes and has issued an executive order to overlook the Postal Service's finances.

However, Amazon is not directly involved in the Supreme Court case. The e-commerce giant collects sales taxes on direct purchases on its website, but does not collect taxes for items sold from third-party vendors, totaling half of its sales.

South Dakota is one of nine states that do not have a state income tax, so it depends on sales taxes. The state projects $50 million in losses because of online sales that don't collect state taxes.

The National Retail Federation supports South Dakota in its fight. The organization has a membership list that includes Walmart, Target and Amazon.

The case gives the Supreme Court a chance to adapt the law to current times, prompted by the rise of internet shopping.

e-Commerce: Turning a Great Idea into a Great Business