AI's Future Will Most Likely Rely on Emotional Intelligence

As AI continues to creep towards people's jobs, interpersonal skills and emotional intelligence are becoming more relevant and pushing women into the spotlight. 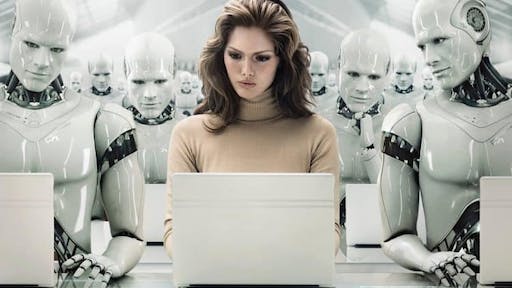 AI has the capability of being smarter than humans. It is believed that pure human intelligence won't be enough in order to compete with robots. One way to combat that change, though, is expanding interpersonal skills.

Fields that interact with machines, such as construction, factory and machine operations are declining rapidly. Meanwhile, occupations with interpersonal skills like teaching, social work and healthcare are exploding.

To become more emotionally intelligent, people need the ability to list, collaborate, empathize and self regulate. If machines struggle to find emotional intelligence, automation could start reckoning out these skills that have a long history of being undervalued.

EI studies have shows that women have a distinct advantage over men. Not only do they score higher on EI tests generally, but they also score higher on every single subscale of EI tests. Study after study has shown that women outperform men at understanding, expressing and perceiving emotions.

While the jobs that AI is displacing are mostly held by men, it is primarily women moving into expanding occupations like home health aides and nursing. Experts believe that another reason this gap is growing is because men are reluctant to move into fields like healthcare as it is commonly seen as something that a woman would typically do.

Even though research overwhelmingly points to women having greater EI, science hasn’t determined that these qualities are innate. It’s just as likely that these traits have become ingrained over time by a society that teaches women they are supposed to be nurturing, social and humble.

Women tend to excel at the qualities the new world of work demands. The AI revolution has the possibility to be powered by women.