Winter Olympics Will Have Security Drones

South Korean security officials will have security drones chase and break down any suspicious looking drones during the highly anticipated winter games. 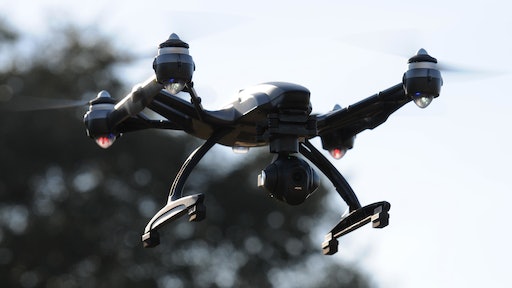 The winter Olympic Games will take place in Pyeongchang, South Korea starting Feb.9 until the 25. Tensions are high between North and South Korea, which is making security measure for the highly anticipated games that much more important. Pyeongchang is located less than 200 away from North Korea’s capital, so officials are making sure that all athletes and spectators are safe during the two week event by implementing new security measures.

Security will take to the sky to look for any suspicious activities. If something is spotted, South Korean security will send their drones to capture the drone and destroy it.

South Korean officials have also been training to shoot down any potentially dangerous drones from the sky.

With North Korea’s recent inclusion of the games, people around the world are hoping tensions won’t be as high as they have been in the past. However, South Korea isn’t risking anything.

With the full data story at your fingertips, you’re able to strategically zig and zag to protect your supply chain.
Basware Inc.
January 13, 2021
Follow Us